Bella Hadid shows on runway 'liquid dress': Apparently, this is clothing of future 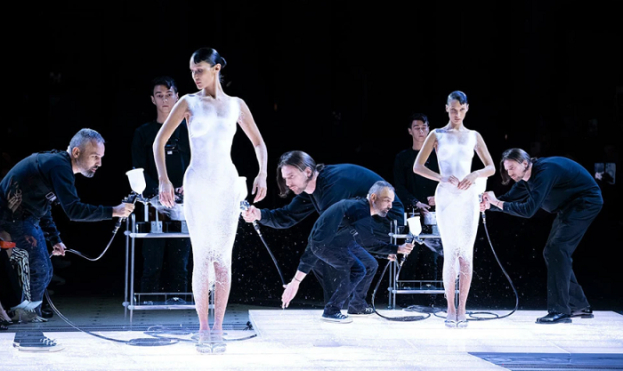 Another Fashion Week is taking place in Paris. One of the most sensational was the show of Coperni. More precisely, its finale. The 25-year-old supermodel Bella Hadid came out on the podium; she wore only a thong and covered her breasts with her hand. Around the girl three men fussed, spraying her with special spray guns a compound, reminiscent of white paint. Gradually Bella's body was covered with a thin layer of this composition. But it wasn't body art at all: the "paint" soon fell away from her body and turned into a finished dress, simple and elegant. Bella left the runway in it to the applause of the audience.

Of course, all this was more like a trick than high fashion. It is difficult to understand how comfortable it would be to wear such a dress in normal life, and what is the point of replacing outfits of ordinary fabrics with it. But still - there was a feeling that the visitors of the show got inside of a movie, the action of which takes place in the future. The effect was devastating: hundreds of websites have already written about the Coperni show and the video was scattered all over social networks. 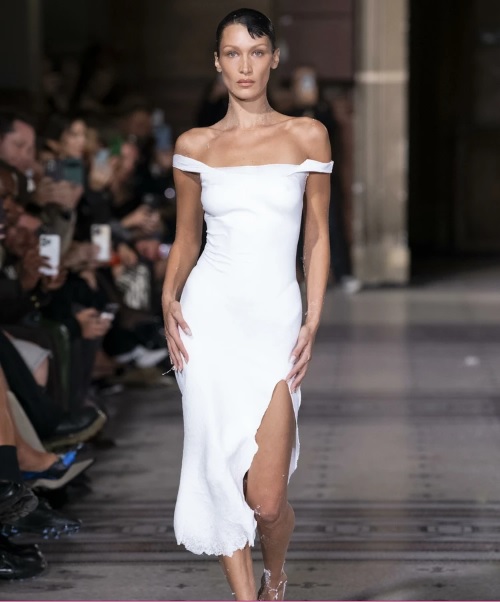 According to Vogue Business, the composition that Bella Hadid was sprayed with was developed by Fabrican (the company is run by Spanish designer and scientist Manel Torres). Fibers of cotton or synthetic fabric are combined there with a special liquid containing polymers. This liquid evaporates when it comes into contact with human skin. The removed dress can easily be turned back into the same composition, which can be used again.

It took Torres and his team six months to create the technology for the Paris show. The founders of the Coperni brand, young Frenchmen Sébastien Meyer and Arnaud Vaillant, collaborated with them. One of their most famous creations is the Swipe bag, made entirely of glass. A solid gold version of the bag, worth €100,000, was created especially for the Paris Fashion Week show. However, after the show it was promised to be melted down and returned to the supplier as an ingot. But, if the order comes in, the gold bag will be made anew.