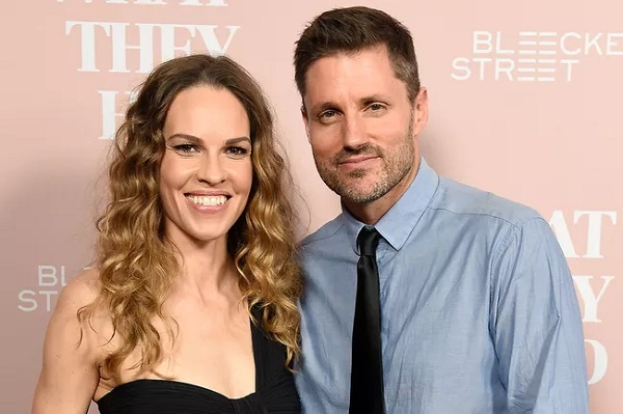 "This is something I've been wanting for a long time, and my next thing is I'm going to be a mom. And not just of one, but of two... I can't believe it. It's so nice to be able to talk about it and share it," Swank said.

Shortly after airing on the morning show, the actress appeared on "Live with Kelly and Ryan" and talked about how her pregnancy is going.

"I'm feeling great right now, even with the time — you know, I'm on Pacific time, so I'm a little cross-eyed with that. But I'm feeling good right now," she admitted.