Person behind controversial Balenciaga ad complains about threats from US 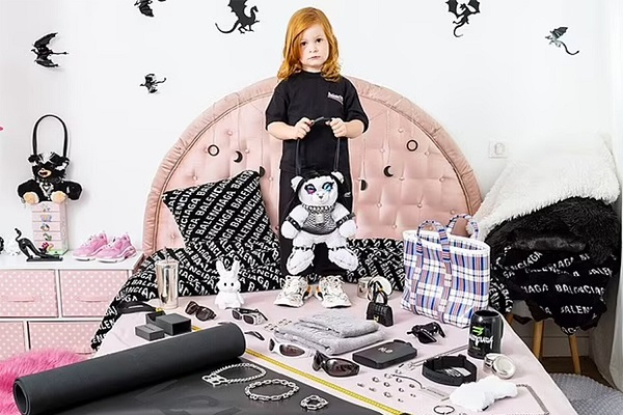 Italian photographer Gabriele Galimberti , who shot the controversial ad campaign featuring children and BDSM-dressed teddy bears for Balenciaga's gift collection, said he was falsely accused of child abuse and complained of threats on social media—mainly from US users. The photographer commented on his participation in the preparations for this ad campaign, writes WWD.

The photographer explained that he was shocked by the publications about him in a number of media, where there are "completely fake" information and which were written without “even making a phone call.”

He alleged that The Daily Mail, Newsweek and Fox News “wrote terrible things about me. Now with my lawyers, I am [looking into] suing them. They jumped on the news and wrote things without even checking if it was the truth or not. As a journalist myself, I think it’s terrible. They really are destroying my life,” he said.

The photographer complained, noting that the past week was terrible, as he received many threatening messages, including on Instagram and Twitter, where users wrote to him: “die pedophile” and “You are a sick pervert.” The photographer noted that he hardly sleeps, and his family is worried. He stressed that he was lucky to live in Italy because 90 percent of the threats were written by US users.

The Person behind these photos explained that he is not responsible for the design of the ad campaign, noting that during his 20-year career, Balenciaga's ad campaign was his first work in the fashion industry. Gabriel Galimberti is known as a documentary photographer.

“I really hope this scandal with Balenciaga will not destroy my career in documentary photography. I already have lost a few jobs that were scheduled for the next few weeks,” Galimberti admitted.
Photo: Global Look Press