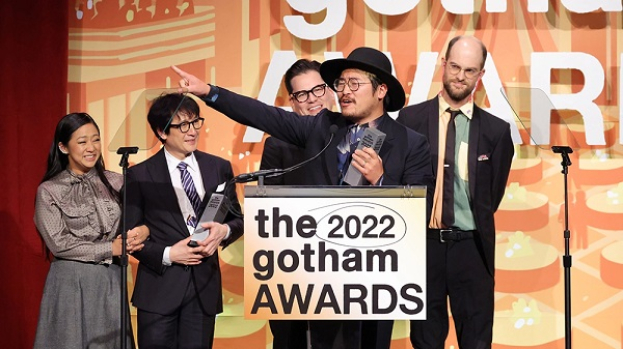 The winners of the 32nd independent Gotham Awards have been named, Variety reported.

Dan Kwan and Daniel Scheinert's "Everything Everywhere All at Once" was named best film of the year. Ke Huy Quan was voted Best Supporting Actor. In the Lead Actor category, the award went to Danielle Deadwyler for her performance in "Till."

The director's prize went to Charlotte Wells for "Aftersun." Best Screenplay went to Todd Field and his film "Tar." In the Best International Film category, the drama "L'événement" directed by Audrey Diwan won, and of the documentaries, "All That Breathes" was honored. The award also went to actor Ben Whishaw for Best Actor in a Television Series, referring to the show "This Is Going to Hurt."

Last year, the best series of the year at the Gotham Awards was "Squid Game." The winner in the Best Picture category was Maggie Gyllenhaal's "The Lost Daughter." It also won Best Screenplay and Gyllenhaal was nominated for Breakthrough Filmmaker.