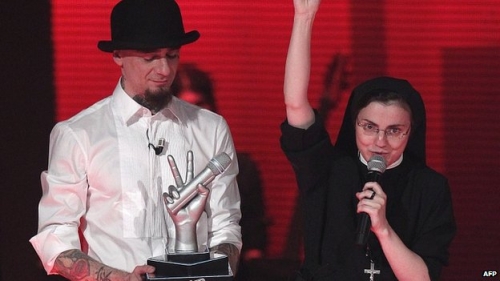 
Twenty-five-year-old nun from Sicily, Sister Cristina Scuccia, who became an internet sensation after appearing on Italy’s version of The Voice, has won the finals of the TV talent contest, BBC reported.

Her blind audition rendition of Alicia Keys’ ballad No One has already received more than 50 million hits on YouTube.

Sister Cristina, who performed with Kylie Minogue on The Voice of Italy last month, noted: “I’m not here to start a career but because I want to impart a message.”Sister Cristina added that she was following Pope Francis’s calls for a Catholic Church that is closer to ordinary people. 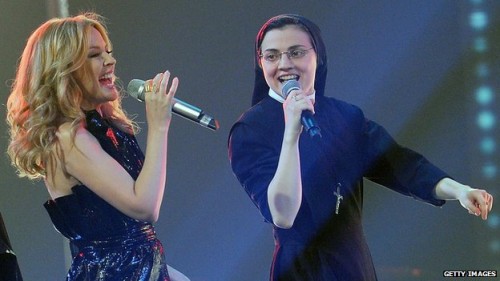 She has even attracted the attention of Whoopi Goldberg, the star of the comedy Sister Act, who tweeted a link to one of her appearances, saying: “For when you want a taste of sister act!”