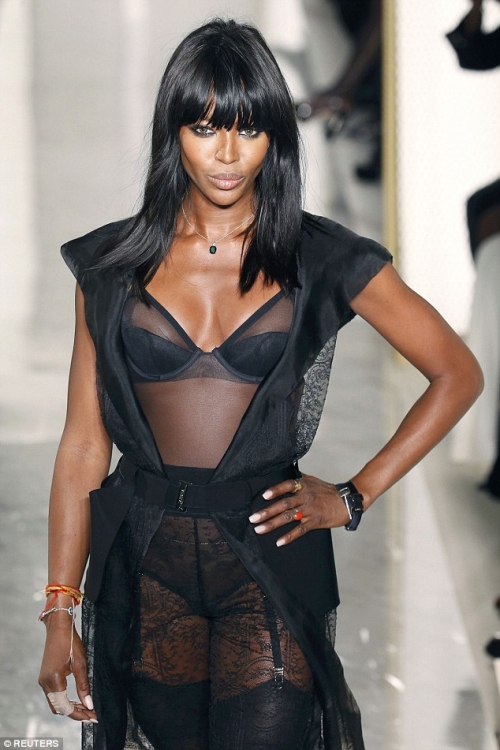 The La Perla show came on day two of Paris Haute Couture Fashion Week, which was kicked off on Sunday evening with a Versace show. 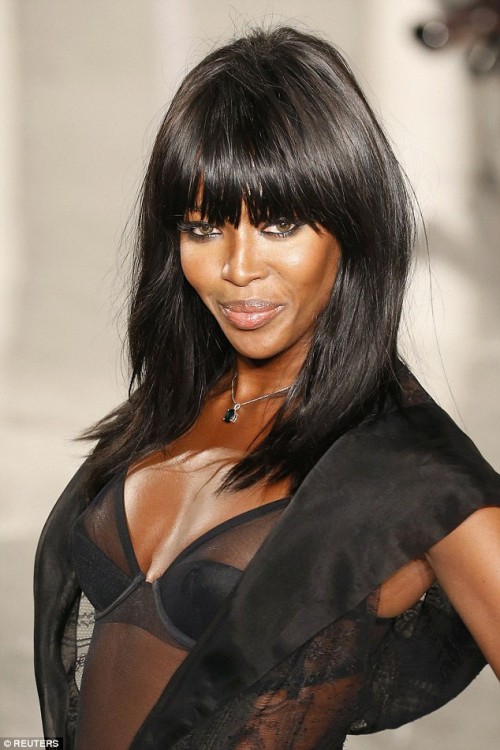 Wearing a black ensemble comprising of knickers, bra, stockings and suspenders with a sheer silk waistcoat-type on top, Naomi sashayed down the catwalk at the Hôtel Salomon de Rothschild.

Following her moment in the spotlight, Naomi tweeted: '@LaPerlaLingerie thank you for a great show.

Other familiar faces walking in the show were Brazilian model Izabel Goulart, 30, and Russia's Natasha Poly, 29.