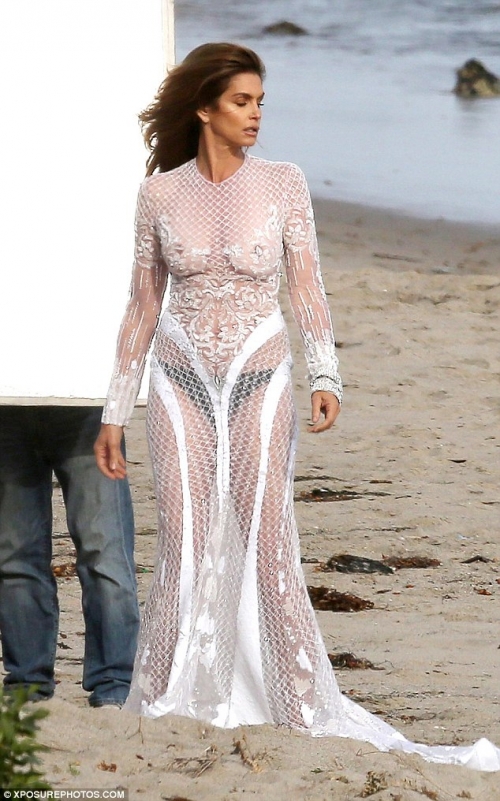 She made a name for herself as one of the original supermodels in the 90s. 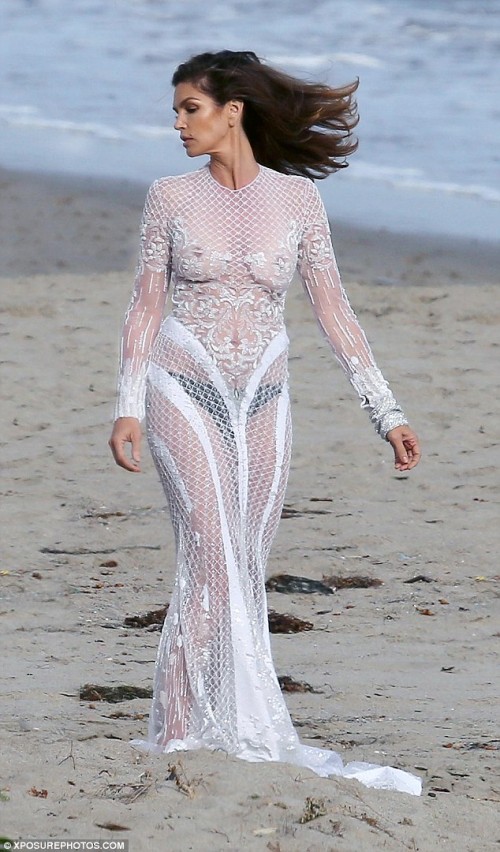 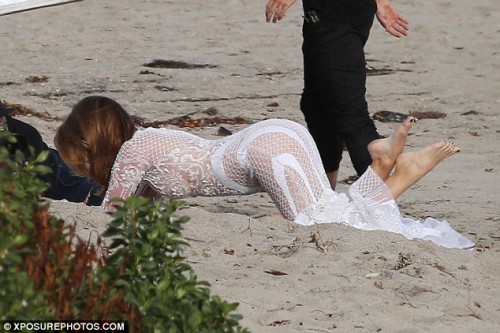 And two decades on, Cindy Crawford still looks as fabulous as ever, with the 49-year-old fashion icon proving she's still got what it takes during a sexy photography session in Malibu on Sunday. 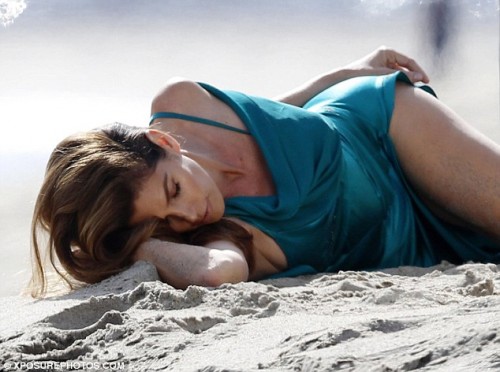 All eyes were on the stunning star as she donned three dramatic looks for the beachfront shoot. 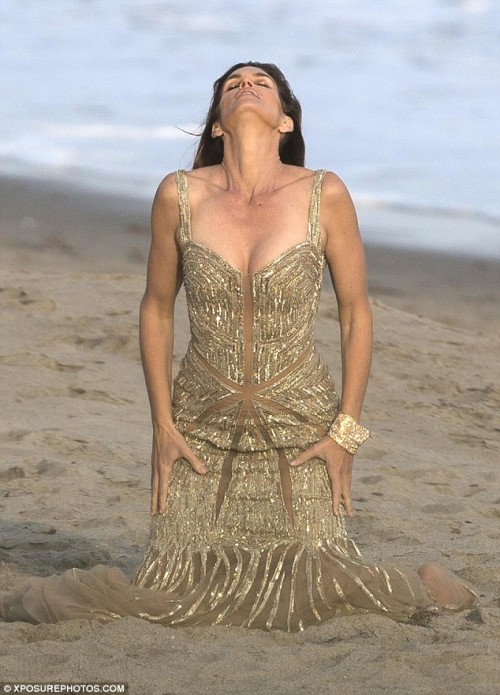 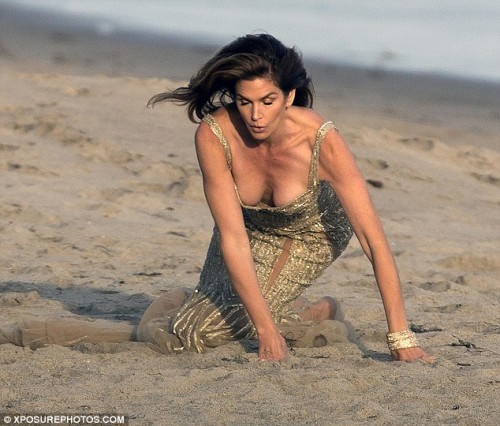 With her womanly curves on full display, Cindy wore nothing but a black thong under the daring dress.