How Kim Kardashian’s fans welcomed their idol in Armenia (VIDEO) 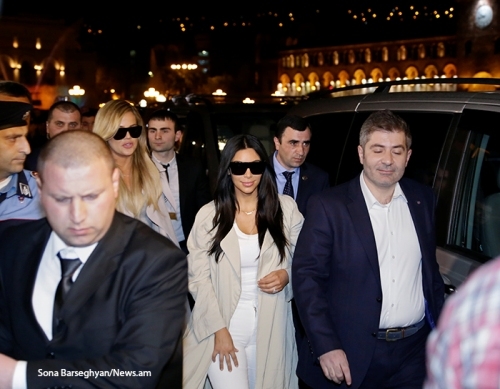 
As we informed, reality television star Kim and Khloe Kardashians, Kanye West, baby North have just arrived in Yerevan and went to one of the fashionable hotels in Armenia - “Marriott”, where famous stars are going to stay eight days.

The 34-year-old superstar’s fans were waiting for their idol in front of the hotel and greeted her with welcoming exclamations - “Kim, Kim.”

First of all, Kanye and North West entered the hotel, and then Kim Kardashian and her sister Khloe joined them, cheering the crowd.