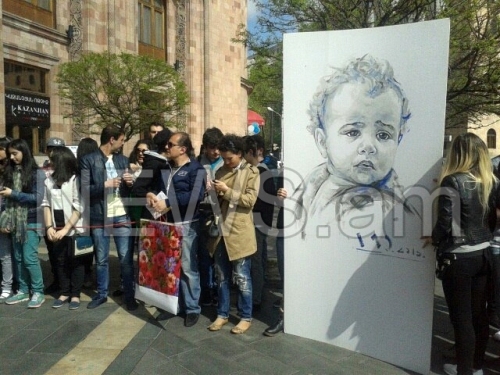 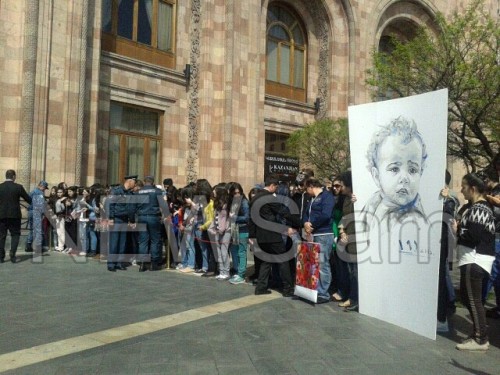 NEWS.am STYLE correspondent spoke to the fans who mentioned that they brought the portrait to capture Kim’s attention and “make” her approach to them.

North is the best guest in Armenia for fans.