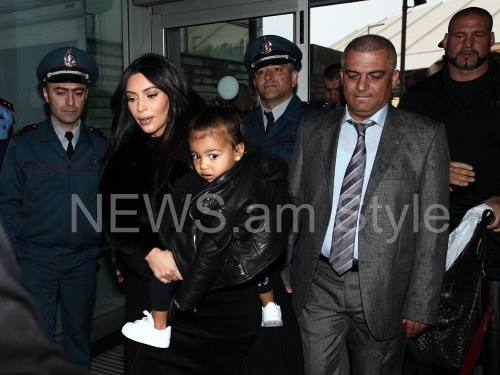 
Reality star Kim Kardashian has arrived in Israel together with her husband Kanye West and baby North.

According to Haaretz newspaper, 22-month North is due to be baptized Monday at the Cathedral of St. James, an Armenian church in the Old City of Jerusalem.

The couple will visit the Western Wall and other sites in Jerusalem. They reportedly will travel from Israel to Jordan.

As reported earlier, in the morning Kim Kardashian, Kanye West, North and Khloé left for Israel after their tour of Armenia.