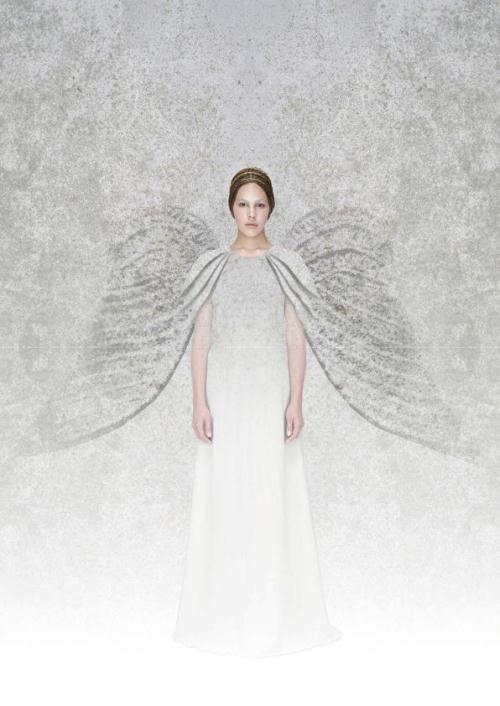 
Designer Vardoui Nazarian works far from Armenia but never forgets about her roots. It is the Armenian history, tradition and culture that inspire her. She presents the heritage of ancient civilization.

Perhaps, Vardoui Nazarian is one of the designers about whom not much information is known. Thus, they make up stories about her. Where does she get money for promotion? Who is behind her career? The designer herself is not paying attention to gossip and rumors. Instead, all her strength and energy is focused on creating incredible models, popular among the Russian elite.

“II think that ethnic motives, as such, can not be a part of fashion today. Another thing is using it in certain elements. I believe that the national elements, or rather their sensitive use, have great relevance in the era of globalization. National elements can be everywhere:  in flowers, painting, drawing, architecture. It is a powerful source of inspiration,” she said in one of her interviews.

The color range of her collection is close to the natural shade of the spring highlands. She feels she is not capable of anything but creative activity.

In another interview the designer said she would settle in Yerevan if she could.

“It is my homeland, my sources of inspiration, stunning architecture, clean air and good people. I often go there. In the future I dream of creating my central studio and production in Armenia but it would be possible in case my collections were sold around the globe"

Well, we will wait for new experiences from one of the most original Armenian designers.