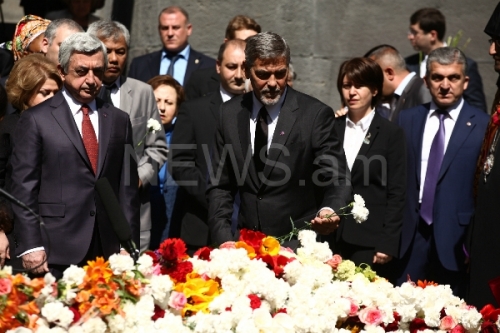 
YEREVAN - The famous American actor, director George Clooney has just visited Armenian Genocide memorial complex to commemorate the victims of the Genocide. He laid fresh flowers out of respect for all the people who died in the Armenian Genocide. 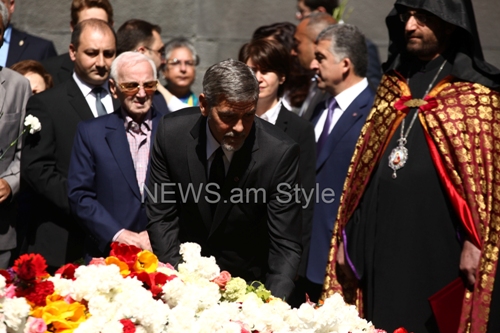 Renowned actor, filmmaker and humanitarian Clooney, who is in Armenia’s capital city of Yerevan these days, was wearing a forget-me-not pin. 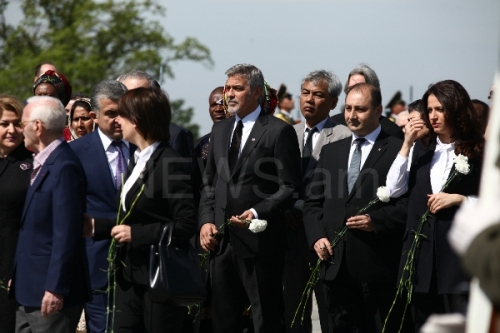 The Armenian Genocide Museum-Institute was built in 1967. The 44-meter stele symbolizes the national rebirth of Armenians. Twelve slabs are positioned in a circle, representing the twelve lost provinces in present-day Turkey. In the center of the circle, at a depth of 1.5 meters, there is an eternal flame dedicated to the 1.5 million people killed during the Armenian Genocide.