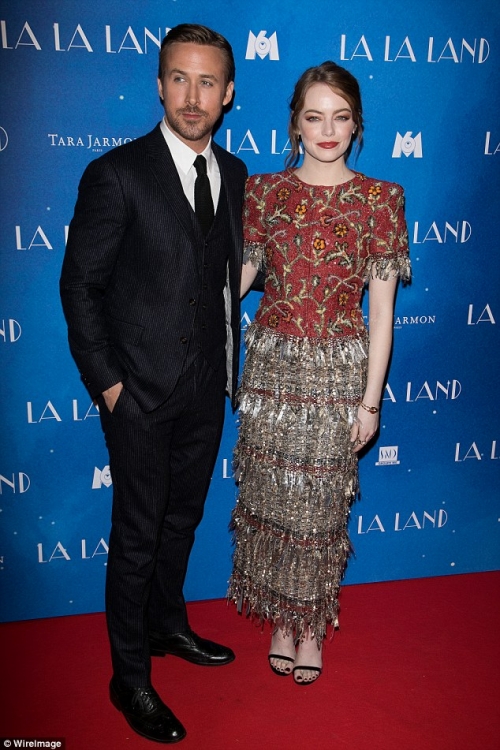 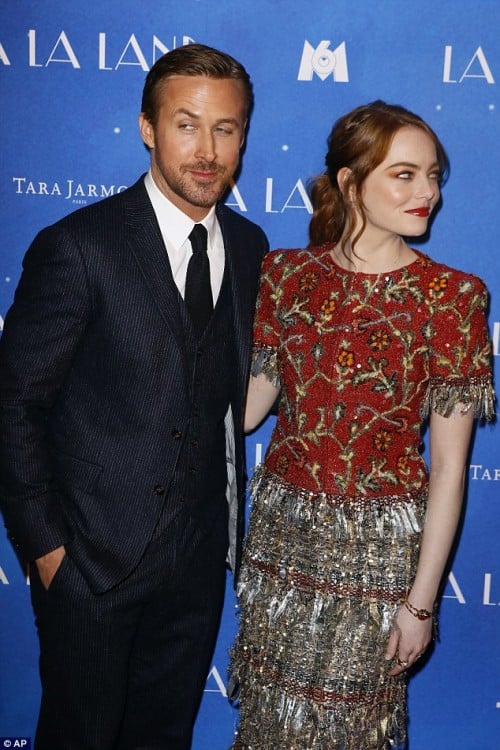 She won her first Golden Globe Award on Sunday for her role in La La Land. 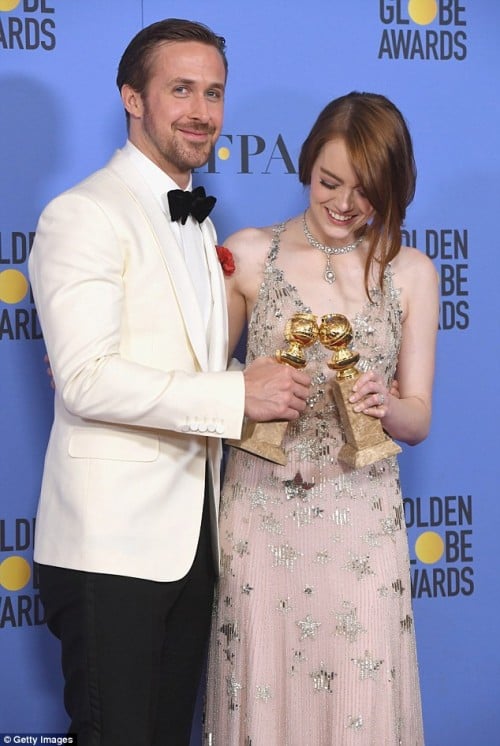 And Emma Stone stepped back into the film's promotional tour on Tuesday as she hit the red carpet for the Paris premiere of the movie, Daily Mail reported.

The 28-year-old looked incredible in the French capital, while dressed in a red and gold patterned dress with red lipstick. 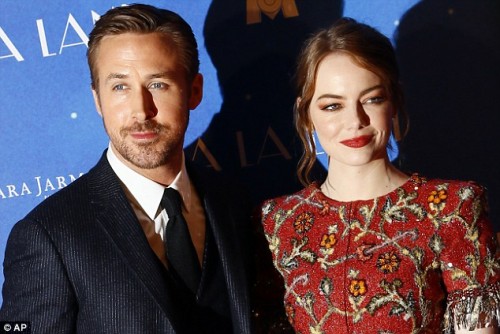 Also at the Paris premiere was her La La Land co-star Ryan Gosling.