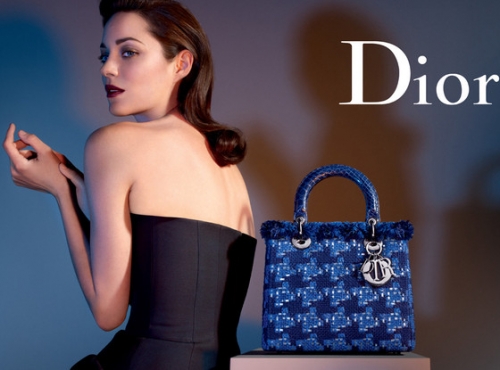 
French actress Marion Cotillard has become the face of the Lady Dior campaign.

The photographer of the 37-year-old star for Lady Dior campaign was Jean-Baptiste Mondino, The Hollywood Life reported. Marion appeared as a movie star of old Hollywood. The new collection of bags presented by Lady Dior varies from pink to orange and blue.

Marion Cotillard has become famous for her roles in Taxi, Midnight in Paris, The Dark Knight Rises, Love Me If You Dare.