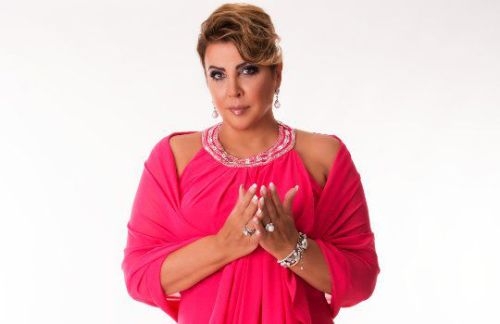 There is no need to introduce Maria Guleghina to opera lovers. Her powerful soprano thrills the audience. Fans and critics describe Guleghina as “Russian soprano with Verdi flowing through her veins” and “Vocal Miracle”. She is especially famous for her interpretation of the title role in Tosca. In addition, her repertoire includes leading roles in the operas Aida, Norma, Fedora, Turandot, Violetta in La Traviata and others. The singer has performed solo concerts around the world, including that at La Scala, Gran Teatre del Liceu, Lille, Sao Paolo, in Moscow, Rome and other cities. She performed with world’s leading singers, including Luciano Pavarotti and Placido Domingo. But few know that she has Armenian roots.

They wanted to name me Mariam to honor my grandmother, but since we lived in Odessa, my mom chose the name Marina, and then it was recorded as international Maria in my passport. But it is never used as Masha. Maria is the name for the posters, but in real life I’m Marina. As for dreams, they were different. I have never thought about fame as it is. I just wanted to sing, to dance, to be an artist. All girls want it in their childhood.

All female opera singers are called so, there is nothing wrong with that. This status gives you the exclusive right to work hard and this must never be visible to the public. That’s it. And you have to remember “not to forget to go out of the role, going out of the theater.”

Your voice makes the walls shake…

They say the voice is “divine mystery”. Did you open the mystery?


Hard Work, Patience, Humility, and once again work - all this is the key to successful devotion.

Your singing goes deep into heart, it is impossible to listen without tears. What music can evoke your feelings?
There are many works which can evoke my emotions. I have recently sung wartime songs. You cannot imagine how hard it was, I just began singing and my eyes rained tears. It happens when I am singing “Ave Maria” by Caccini, or “Krunk” by Komitas.

Have you achieved everything you wanted? Do you have a dream that has not come true?

To fly a plane. I have ridden a yacht, stroked tigers, I have ridden an elephant and camel. I am good at horse riding, I took the lessons. But the most important and significant in my life are two beautiful kids! My royal couple – a daughter and my little son.

Having spent many efforts to climb to the top, which seemed unachievable, what do you think is more important - a career or personal life, the family?

You know, careers differ. If we are talking about a saleswoman who spent twenty years of her life to become a manager, in this case, of course, the family is more important. In my life it’s not even a career, it is service.

According to Armenian tradition, I got married at 18. I had been engaged to be married and everything was as it should be, but my mother-in-law opposed my decision to enter the conservatory and strongly struggled for our breakup. Later it happened. According to her “daughter-in-law concept”, a singer could not be a good wife for her son. I took my little daughter and at 20 was an adult with a child. So, I had to survive. I had to bring up a daughter and earn living. I became the head of the family. My daughter, my mother, and my husband who has never worked. At that time, for me, as an Armenian woman, it was shameful not to be married having a baby. He learnt to sing, but never managed to.

Please, tell about your family.

I have great parents! They were amazing but so different. My mother was a professor of microbiology. She was soft, kind and calm. My dad worked for an enterprise. No one would ever say he had bad eyesight.  He was always handsome and smart, life of the party.

What family traditions do you have?

Now I have traditions of my own family, but some were preserved from my parents. We celebrate all the feasts, according to the Gregorian calendar. We always mark Remembrance Day on April 24. My husband’s parents both came from the orphanage. They lost their parents in infancy. They were from Kars and my parents from Van, but then settled in Akhaltsikhe. Some members of the family managed to go to France, but I have never heard from them. Hospitality is my thing. I like cooking and guests. We are singing songs together. A new tradition is to pick mushrooms, there are many white mushrooms in Luxembourg woods.

You mentioned that opera singer Gohar Gasparyan, Charles Aznavour and Cher have influenced you.

My dad had all records of these musicians. And when I told him that I wanted to be a singer, he said I had to sing as Gohar Gasparyan, or do nothing. By the way, I loved Lusine Zakarian. I heard her voice at a liturgy in Etchmiadzin. She was also a native of Akhaltsikhe. They sent me a book about the Armenians of Akhaltsikhe, it was nice that she was there, but I was not forgotten, too. Thank you!

What books did parents read you in your childhood?

Different books. My dad did not read but listened to the recordings. There were music libraries.  I grew up listening to all these books about war, about Marshal Zhukov, Baghramyan. The books “Wounds of Armenia”, “The Forty Days of Musa Dagh” and everything about Sardarabad – all this I knew from my early childhood.

Interestingly, you chose Armenian men. Is it because of your Armenian roots?

Probably it happens because a girl always wants her husband to remind of her father. My husband is very similar, tall and handsome. He works at the Olympic Committee, he is a Greco-Roman wrestling coach.

I think now my parents are happy for me, because I can say he is my only one and a real husband. We got married in the Armenian Church in New York. Guests included Placido Domingo, Lucky Roosevelt, Martina Arroyo, my colleagues from the theater.  It was a very old rite, we wore crowns. I was crying. The entire service was in Armenian, and we swore the oath in our native language. This church was built by Calouste Gulbenkian. I want to thank him for the church, and for a stunning concert venue in Lisbon, where I sang a lot. To honor him, I finished all the concerts singing “Krunk” a capella. During our wedding at St Regis there was national music as well, and bride was dancing an Armenian dance.

Tell me why people living in Armenia know almost nothing about you?

Most likely because I changed my last name when I was young. I am very sorry, but after the first divorce, I had to return my father’s name. My father’s name is very hard to pronounce (Meytardzhyan) and I had heard so much of improper pronunciation that I just changed it to other one, although it was not dear to me.

After graduating from the conservatory, I was dreaming about singing in Yerevan. Lisician and Dolukhanova strongly supported me, but Mr. Chekijian, who was heading Armenian National Academic Theatre of Opera and Ballet, said “they had too many sopranos.” Then, I won the competition. When I received the first prize, it was a triumph for Armenia. I could not walk down the street. Everyone wanted to give me a lift and treat me. I was expecting they would offer me a job in the theater, but I got nothing except for empty words. Of course, at that time, I dreamed of living in Armenia. But I have a different destiny, and now I live in Luxembourg, Moscow, and wherever I sing. If they invite me, I will come. Right now I have an invitation to sing at the opening of the Armenian Church, but it is constantly postponed, so I am not sure that I will be able to sing there.

You came to Armenia in 90s. It was a difficult time for the country. What made you come back home during this difficult period of time?

I came to lift the spirit, to show that until the nation is interested in culture, everything can be put right!

Do you think people appreciated it?

If you do something, do not wait for the praise and gratitude. I just came and sang. After the Spitak earthquake I wanted to adopt children. I already had a nearly 10- year-old daughter and I thought about two little boys. I was surprised and happy to know that almost all the kids were taken by relatives of their families. Well done, Armenians! I was not given a child. Although I am Armenian, I am a Russian-speaking person. I have forgotten Armenian and Georgian. I used to speak to my dad and grandmother. My granny did not speak Russian, and coming for the holidays, I had to understand what she says.

Do you plan to visit Armenia?

I will be pleased to include it in my plans!