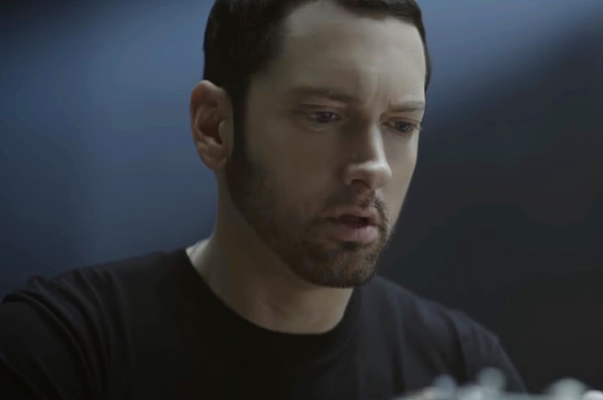 
Eminem has released the first video off of his new album Revival.

The five-minute clip finds the Detroit rapper performing in a room with a mic stand. He then takes a seat in a classroom and types on a type writer along with other Eminem clones.

According to HHNM, The scene appears to be a reenactment of French mathematician Émile Borel’s infinite monkey theorem.

Unfortunately, Beyoncé does not make an appearance in the video.