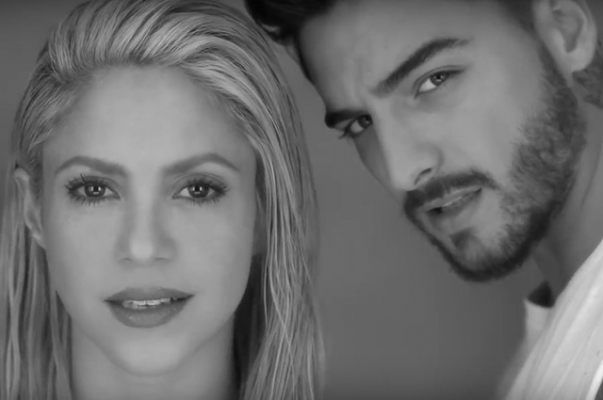 The sultry song is part of her album El Dorado which she released in May 2017. Today, Shakira debuted its music video, which might remind you a lot of her album cover.

The song, which follows their previous collaboration "Chantaje," is part of Shakira's latest album El Dorado,and the lyric is about Shakira having a broken heart -- but Maluma is not giving up on having a chance with her.

In the black-and-white clip, directed by Jaume de Laiguana, Shak and Maluma give a provocative look while singing to the camera. During the week, Shak hinted at the collab on social media, posting several clips without audio and on Thursday night (Jan. 25) she made the official announcement.