Kendall Jenner raps about her vagina in new music video 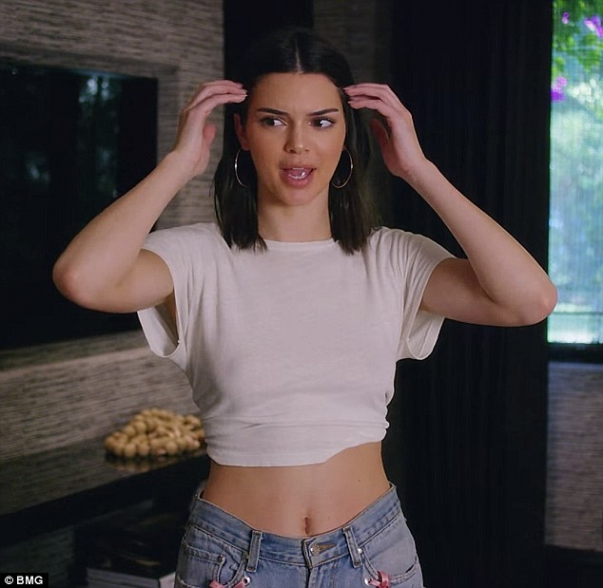 As the premise of the music video is that 30-year-old comedian Dicky - real name David Andrew Burd - had switched bodies with Rihanna's 28-year-old abusive ex, he somehow began switching bodies with other celebs including Jenner.

After the body swap, the half-sister of Kim Kardashian could be seen in her room looking surprised as she showed off her rapping/singing skills.

Kendall showed her flow as she said: 'I'm Kendall Jenner. I got a vagina. I'm going to explore that right now.

'Holy s*** I got a vagina. I'm gonna learn. I'm going to understand the inner-workings of a woman.'