«I implore the Parliament of Armenia to do the right thing and immediately take away his powers». Serj Tankian 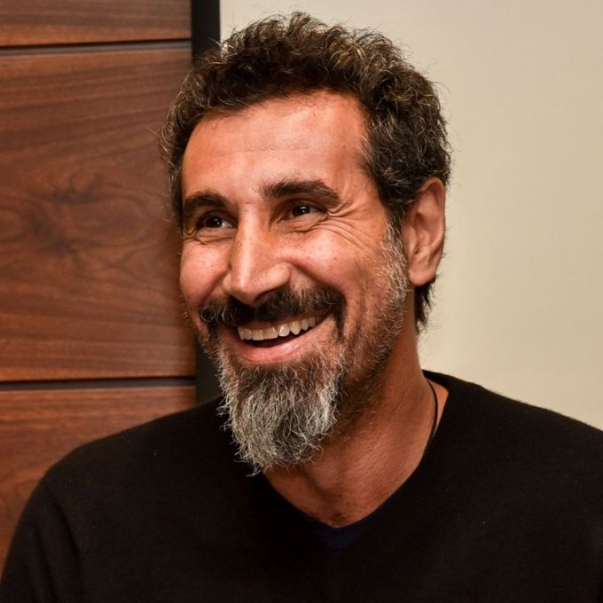 
Armenian famous musician Serj Tankian, who is very actively following the situation in Armenia, continues to support the protestors through his social media. The musician has posted on his Facebook about Serj Sarkissian and Nikol Pashinyan meeting this morning. 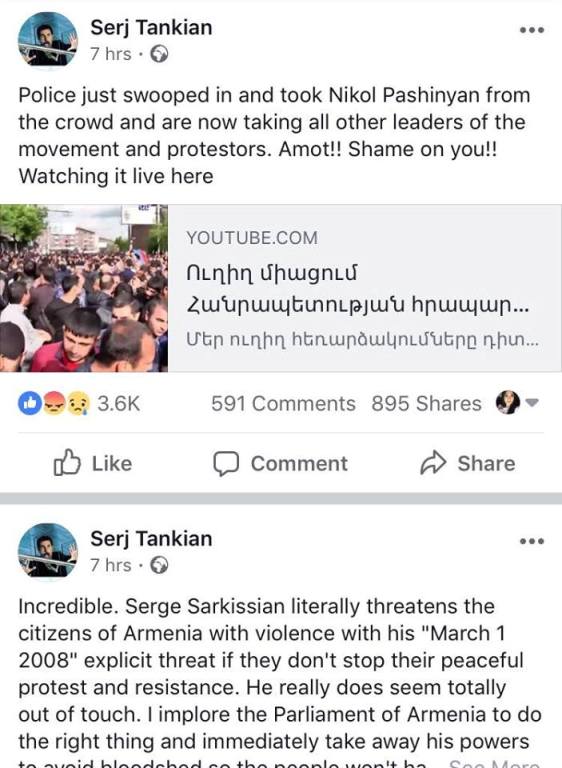 «Incredible. Serge Sarkissian literally threatens the citizens of Armenia with violence with his "March 1 2008" explicit threat if they don't stop their peaceful protest and resistance. He really does seem totally out of touch. I implore the Parliament of Armenia to do the right thing and immediately take away his powers to avoid bloodshed so the people won't have to do it themselves. I think this video shows exactly how little he cares for his people»,-writes the artist also speaking about the Police actions towards Nikol and other leaders of the movement.

«Police just swooped in and took Nikol Pashinyan from the crowd and are now taking all other leaders of the movement and protestors. Amot!! Shame on you!!».