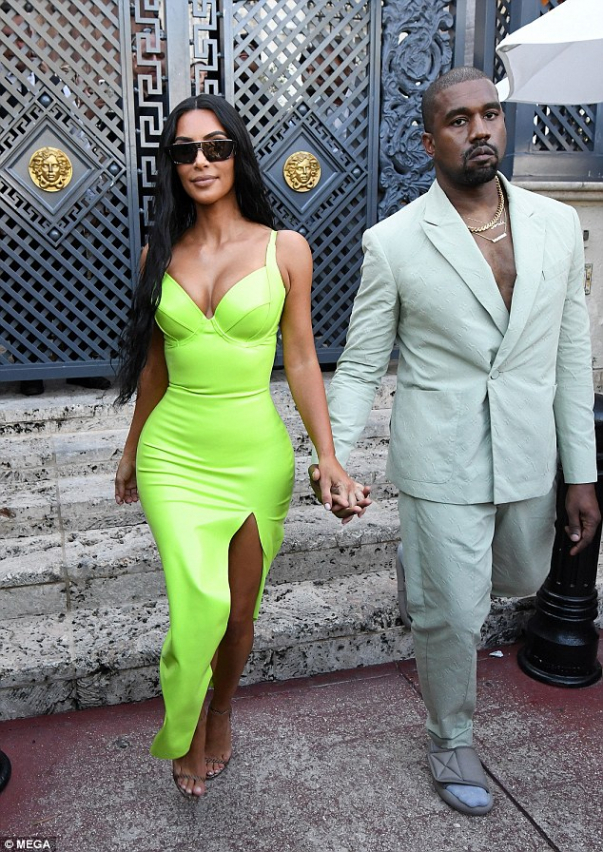 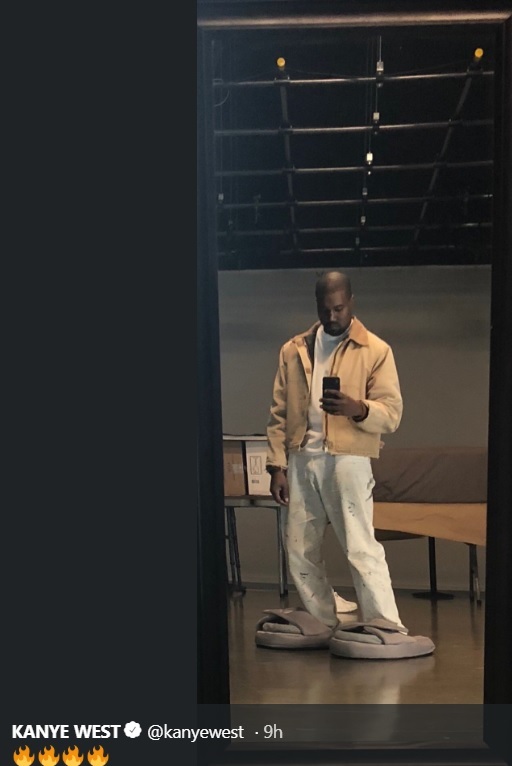 In one of the photos accompanied by an array of flame emojis, Kanye posed in front of a floor length mirror while wearing his larger-than-life footwear. 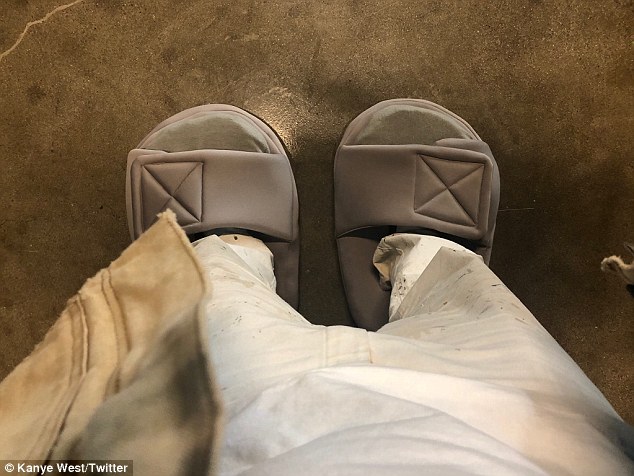 Just days earlier, Kanye defended his choice in footwear after he arrived to 2 Chainz's recent wedding in a pair of small slides.

But by the looks of his latest tweets, it's clear Kanye is making light of the situation.

On Tuesday, Kanye reminded fans that his seemingly too small sandals from his upcoming collection were in fact intended to be just as they are.

The producer insisted the new designs were correctly curated and inspired by 'The Japanese way' as he shared images depicting smaller slides with heels hanging off the edges.

One tweet shows a drawing of a foot wearing the sandal with a red arrow jutting out from the big toe and a description, 'The straps should be snug but not too tight between the two toes.'

Another photo of the actual sandals showed arrows detailing how far back a heel should land on the platform shoes.