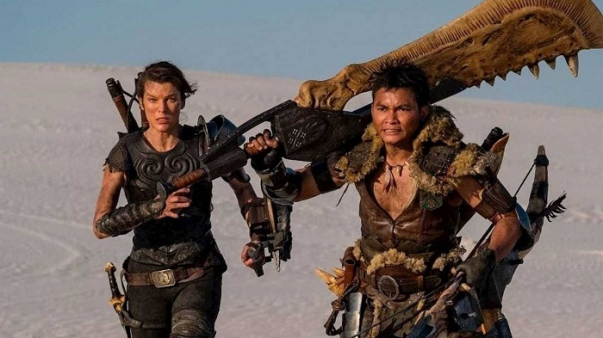 “Although Milla’s character’s not specifically in the game, she chose the same armour and weapons she uses in the game, so there were aspects of her game character that got folded into the movie representation,” director Paul WS Anderson noted.

Milla Jovovich Uses Dual Blades in Monster Hunter Movie Because That’s Her Weapon of Choice in the Game https://t.co/G99jSMyY1h pic.twitter.com/lGAIGU2oq7

And she chose famous Dual Blades. “I experimented with different weapons during the game and was able to kill more monsters with those blades,” says Jovovich. “I thought they’d look really beautiful in an action sequence.”