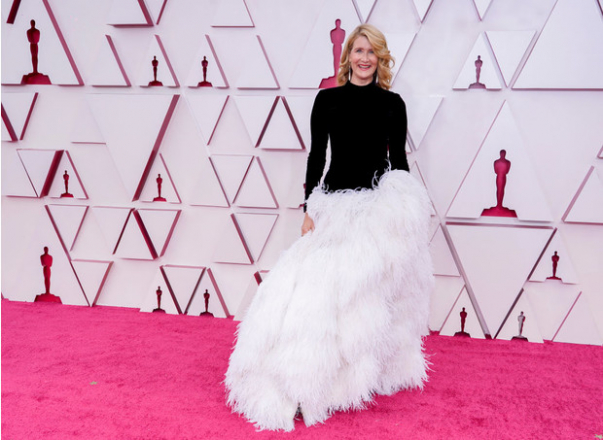 
The image of the popular American actress Laura Dern at the Oscars has provoked memes on social networks for her Oscars look, Bustle reported.

The 54-year-old star appeared in a black dress from the luxury brand Oscar de la Renta with long sleeves and a fluffy skirt decorated with white feathers. For shoes, Dern chose pumps with heels to match the outfit. Many people found this outfit Dern comical because of the resemblance to an ostrich, as well as a character from the cartoon "Beauty and the Beast".

Laura Dern is going as the duster from Beauty and the Beast. #Oscars pic.twitter.com/GHuvRQUulC

"Laura Dern is going as the duster from Beauty and the Beast," one of Twitter users noted.