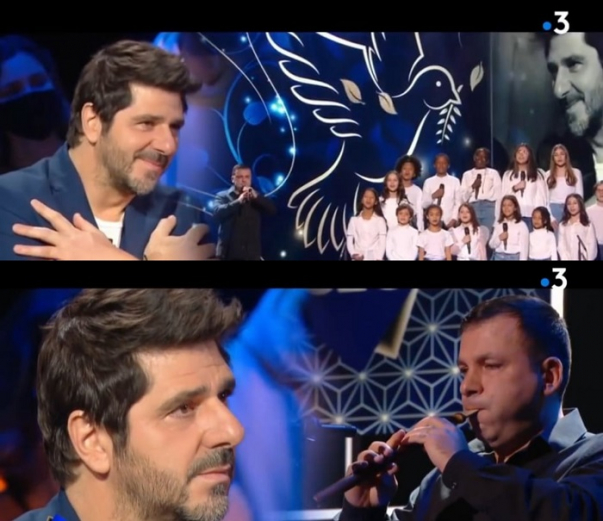 
Renowned French Armenian musician, the late Charles Aznavour's song, entitled "Pour toi Armenie (For you, Armenia)," was performed by a French children's choir on the air of France 3 television.

The song began with the sounds of the duduk, which moved Fiori and, holding this Armenian musical instrument, he showed it to Bruni sitting next to him, who also became impressed.

After the performance, the musician thanked the little members of this choir.