Nora Armani about her festival and Armenian roots - Exclusive interview 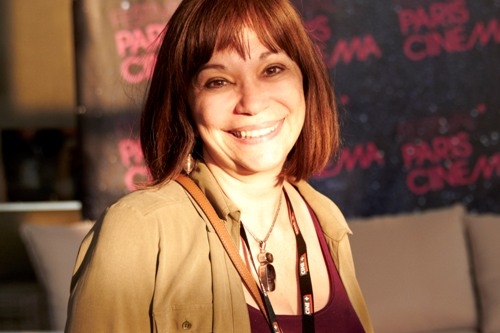 
French-Armenian actress Nora Armani is a founder of the only festival of socially relevant films in New York. She told about her festival and her roles in an exclusive interview with NEWS.am Style.

Nora, please tell a little about the new project you are working at. What the Rated SR Socially Relevant Film Festival New York is about? How did you come up with the idea and what are the goals of the festival?

Rated SR – Socially Relevant Film Festival New York is the project I am currently working on. I am the Founding Artistic Director of this festival.

RATED SR is a festival and film lab that aims to satisfy a market need concentrating on everyday positive human stories while offering a financially viable alternative to the proliferation of violence & crime in today’s movie industry.The downstate-upstate New York event provides filmmakers & festival attendees with the best of both worlds: the buzz of Manhattan (New York City)& the rural setting of upstate New York.

The Grand Prize of the festival is a Free week-long all-encompassing release in New York of the winning film at the Quad Cinema. This would give the film a first step towards an eventual Oscar qualification.

Our mission is to support filmmakers who deal with socially relevant content by creating a platform that encourages them to produce SR films overshadowed in the marketplace.

The goal of the Festival is to make SR films a reliable and marketable brand of motion pictures. Rated SR Films are entertaining, enlightening, uplifting but most of all artistically appealing.The idea has been with me for a while, and it became manifested when I found the right time and the right elements with which to launch it. The proliferation of violence in our society is appalling, and I personally lost two very dear people to me, namely my uncle Hagop and my cousin Vania Exerjian a number of years ago in Egypt as a result of a violent hate crime. This festival is homage to their memory in addition to all the socially relevant human stories that need to be told.

Are you playing in movie at the moment? If yes, what is it about?

Yes, In fact I just finished shooting a new film last week called: The Last Show. I play the character of Eve, a modern woman, whose daughter is torn between an artist she loves and a rich banker she feels she must marry for security. My character is advising her to make the right choice, based on her own experiences but also shocked to find out that the artist she her daughter loves is none other than the cousin. This is the 6th film I am doing since I started shooting my own film Moving Stories last February that premiered at the Cannes Film Festival in May 2012. It was seen at the Golden Apricot Film Festival in July 2013.

Can we see “On The Couch With Nora Armani” performance at any stage? Did you stage it in Armenia?

I am not doing On the Couch with Nora Armani at this time, as I am busy doing films and also my new show with Cellist David Bakamjian, Evocations of Armenia, that we recently performed in Washington, D.C. The show is part of 100 concerts in commemoration of the Armenian Genocide and will be seen in a number of cities during 2014.

This does not mean that I will not pickup On the Couch with Nora Armani again some time later. I performed in in the Armenian version in Kapan, Armenia, at the new Theatre there, (unique event since the show is written in English and I also do it in French for primarily a non-Armenian audience) But in Kapan, I did it in Armenian in my own translation.

You have a lot of international awards. What is for you significance of the Yerevan Theatre Festival award?

It is very important to be appreciated by one’s own family, friends, and in this case compatriots and country. For that reason, it means a lot to me, alongside all the International awards. Usually it is very difficult to impress the people that are the closest to us, our family, our close friends, as they always look at us as the person they have known a long time ago, and find it hard to accept the achievements and developments and the journey we often chart with a lot of hard work and perseverance. And sometimes, they want to minimize all that out of sheer insecurity on their own part. But when close people acknowledge and accept our successes and appreciate what we do, it not only reflects on their genuineness, it created a really special feeling. That is why I cherish that award very dearly.

Nora, you are one of few celebrities who, despite not being raised in Armenia, are still followers of the Armenian spirit and have Armenian soul. Isn’t it hard to be live outside Armenia but still be a part of it?

It comes from my family, my upbringing, and my early schooling in Egypt. We grew up in an Armenian environment in our schools, our churches, and our cultural clubs. That is something that stays with you throughout your life. Plus I was lucky enough to visit Armenia as a child, when I was 12 years old, and attend Summer Campin Hangavanduring the then Soviet era. This experience had a strong imprint on my mind and soul as a child and of course the result was that I have always been very aware and sensitive to things Armenian.

My ancestors come for Kaiseri (Kessaria) and from Istanbul. I have not written the book yet, though I am working on it. The venture is a long one and I am not sure when it can be finished. Yes, indeed, when I had the misfortune of losing my mother young, I wanted to do homage to her and take on her name to continue the journey for us both as she herself was an artist. Her name was Armineh and she played the violin. So I changed my stage name to Nora Armani. My family name is Ekserjian.

Your husband is Armenian. Is your family maintaining any Armenian traditions?

Yes. We do speak Armenian at home, and I like cooking Armenian traditional dishes, only these days I do not have much time. But fortunately there are shops that sell these foods, and we can buy them ready made. We also like to listen to Armenian music, Opera, read poetry, and history. My husband likes to read history books and he knows Armenian history (as well as other histories, Roman, Egyptian, very well).

When you come to Armenia (you are an Armenian, but you still do not live in this country) you are probably looking at the country through the eyes of a foreigner. What are advantages and disadvantages of modern Armenia?

Modern Armenia is a child compared to many countries of the world and it is still learning to walk, talk and behave like an adult in society. We have to be patient with our child… I have witnessed the birth of this child, as I was there in January 1991, and then again in September of 1991, in 1992, 1993. Then there was a big gap, as I was running around the world taking care of my own work and career. I came back in 2007 after 14 years of absence, and noticed a youthful Armenia, with many new changes, but that still needed to mature and develop to become a full-fledged adult. Then I came back regularly in 2008 to direct my adaptation of Saroyan’s ‘Papa You’re Crazy’ for the stage on the occasion of Saroyan’s centenary, then again at the end of 2008 to discuss theatre projects with the Ministry of Culture, and Hakob Ghazanchyan, then again in 2010 to perform, in 2011 to do a workshop with the National Theatre and Cinema Institute in Yerevan and in Shushi. I have been observing Armenia all this time, and trying to understand it.

Right now Armenia is passing through a difficult youth where a lot of identity definition and social issues are being tackled. There is also much corruption and nepotism going on, and this is a hard blow to the natural development of the country, because proportionately it is much higher than in any of the other ‘mature’ country. Our leadership needs to consider thinking in terms of what is good for future generations and what would be a good legacy to leave behind increasingly. And to be less concerned about their own personal and immediate needs. There is a certain prevailing irresponsible and selfish approach where more emphasis is put on the immediate instead of working towards building a lasting infrastructure laying the foundations of our country that could possibly outlive several generations.

This is my own humble observer’s opinion. The mentality that prevailed during the Soviet times of grabbing what you can, seems to not have left many of the people in power. My only hope liesin the youth and the younger generations, provided they do not despair and leave.

The hope lies in that there is at present a healthy atmosphere of protests and opposition in Armenia that was not present before. I wish these concerned individuals and groups much courage and most of all patience and perseverance. Rome was not built in one day (but it was destroyed in a relatively short period of time…) It will take time to build a strong nation and homeland and we should be careful of the destructive elements that are often ready to destroy everything for personal gain. Building something everlasting and solid takes time, energy, effort, patience, and most of all FAITH! I wish everyone courage, faith and self-confidence. Armenians are a talented people. There is no reason why Armenia should not become again the great nation it once was.

Do you have any plans related to Armenia?

Always, but not right now. On the other hand, who knows what might happen in the near future? I am open to all propositions and would definitely respond if invited for an interesting project.

I just want to add a word about Rated SR Film Festival. It is a great platform for all filmmakers who are keen on penetrating the US market. I urge all young and not so young Armenian filmmakers to submit their films either through our website: www.ratedsrfilms.org or through Without a Box the International Festival portal as well as Festhome. We have short and feature (documentary and fiction) categories.