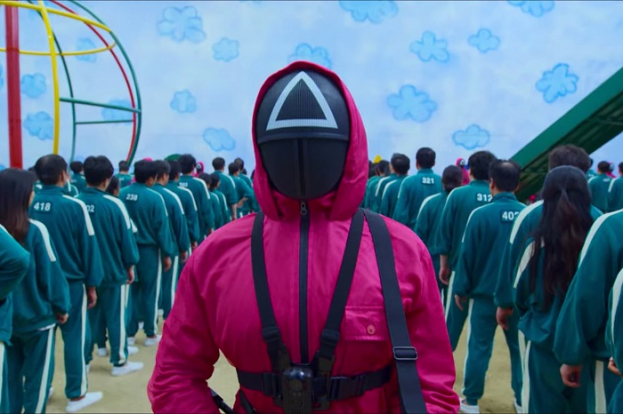 
Netflix estimates that its latest megahit, “Squid Game,” will create almost $900 million in value for the company, according to figures seen by Bloomberg, underscoring the windfall that one megahit can generate in the streaming era, Bloomberg reported.

“Squid Game” stands out both for its popularity, and its relatively low cost. The South Korean show, about indebted people in a deadly contest for a cash prize, generated $891.1 million in impact value, a metric the company uses to assess the performance from individual shows. The show cost just $21.4 million to produce—about $2.4 million an episode. Those figures are just for the first season, and stem from a document that details Netflix’s performance metrics for the show.

The document underscores just how successful this one show has been for Netflix, and offers the clearest picture yet as to how the world’s most popular online TV network judges the success of its programming. Netflix has released self-selected viewership metrics for a handful of TV shows and movies, but it doesn’t share its more detailed metrics with the press, investors or even the programs’ own creators. Guessing the popularity of a given show has become something of a parlor game in Hollywood, even as Netflix has begun to release data in dribs and drabs.

Some of the figures are self-explanatory, and mirror data that Netflix and other services already report. About 132 million people have watched at least two minutes of “Squid Game” in the show’s first 23 days, smashing the Netflix record set by “Bridgerton.” The two-minute figure is the one Netflix releases to the public for some shows.  The company said 111 million people had started the show earlier this month, but that was based on data that is a bit older.

In the case of “Squid Game,” Netflix estimates that 89% of people who started the show watched at least 75 minutes (more than one episode) and 66% of viewers, or 87 million people, have finished the series in the first 23 days. All told, people have spent more than 1.4 billion hours watching the show, which was produced by closely held Siren Pictures.

The viewership details are likely to cheer investors, who have regained enthusiasm for Netflix after several bumpy months, partly because “Squid Game” has been so popular.

But shares in the company have climbed nearly 7 percent since the release of “Squid Game” on September 17, valuing the company at $278.1 billion. Even investors critical of the company expect it will either lift its performance in the third quarter or its forecast for the fourth quarter—if not both.

“Squid Game” scored 353 points in adjusted view share, or AVS, which reflects not just how many people watched it but how valuable those viewers are considered. (An AVS of more than 9 or 10 is already considered high.)

AVS is where Netflix’s evaluation of a show begins, according to current and former employees, and the impact value figure is an estimate of a show’s lifetime AVS.

What makes “Squid Game” even more valuable is how popular it is relative to its low cost. The show cost less than a recent Dave Chappelle special, or just a couple episodes of “The Crown.” Netflix measures this using a metric called efficiency, which measures viewership (or AVS) relative to cost. The show has a mark of 41.7X in efficiency, according to the document, when an efficiency of 1x is considered solid. Chappelle’s “Sticks & Stones” was 0.8X.