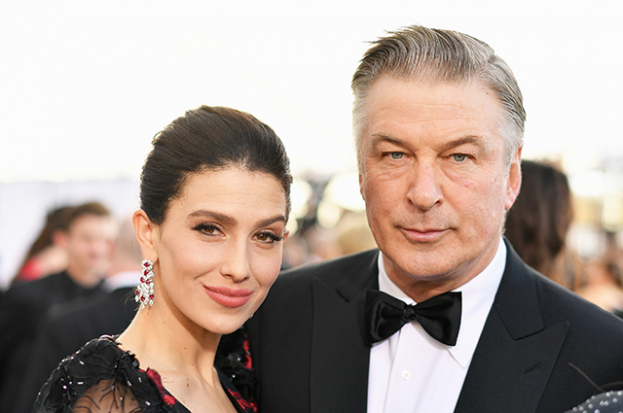 
Hilaria Baldwin broke her silence regarding the accidental shooting of Halyna Hutchins that involved her husband, Alec Baldwin, on the set of the movie ‘Rust,’ Fox News reported.

Hilaria took to Instagram on Monday where she shared a note expressing her condolences to Hutchins’ family and noted that her thoughts are with them as well as her husband amid the tragedy.

"MY HEART IS WITH HALYNA. HER HUSBAND. HER SON. THEIR FAMILY AND LOVED ONES. AND MY ALEC. IT’S SAID, ‘THERE ARE NO WORDS’ BECAUSE IT’S IMPOSSIBLE TO EXPRERSS THE SHOCK AND HEARTACHE OF SUCH A TRAGIC ACCIDENT. HEARTBREAK. LOSS. SUPPORT," she wrote in a text photo in all caps.

Hutchins, the director of photography on the picture, was killed in the incident and director Joel Souza was injured and later released from a hospital. The shooting occurred when Baldwin pulled the trigger on a gun that he was told was unloaded, according to a search warrant executed by the Santa Fe County Sheriff's office.