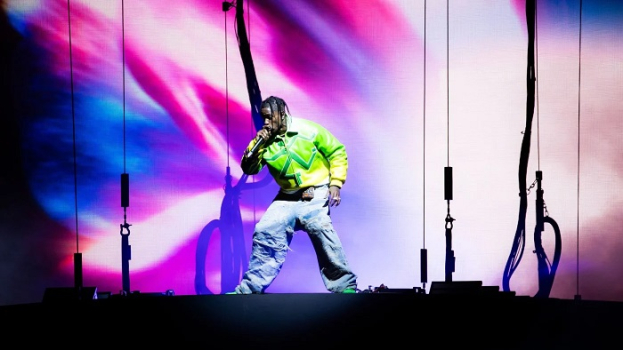 
Eight people died Friday night and hundreds of others were injured during the opening night of a popular weekend music festival at NRG Park in Houston, Texas, USA, authorities said, ABC13 reported.

The worst of the incident began around 9:15 p.m. when the crowd of approximately 50,000 concert-goers began to move toward the front of the stage, according to Houston Fire Chief Samuel Pena.

"The crowd began to compress toward the front of the stage, and people began to panic," Pena said.

The view from SkyEye overhead Friday night showed the heavy police and fire department activity in the area of the event as organizers ended it early. The organizers, rapper Travis Scott and LiveNation, stopped the show when it was apparent that multiple people were hurt, according to Houston Police Chief Troy Finner.

While the most deadly moments happened after 9:30 p.m., Pena said more than 300 patients total had been treated at a field hospital since the event began, including people who were hurt during the worst moments. While names and ages of the casualties weren't known, Harris County Judge Lina Hidalgo said one of the victims was 10-years-old.

Houston Fire Department and Harris County medics transported 23 people to hospitals, 17 of those patients were taken away during the worst of the ordeal, according to Pena, who also said CPR had to be performed on 11 of the victims. HFD had 55 units in-service for the festival, Pena said.

Festival founder Travis Scott, a rapper and Missouri City native, was joined on stage by Drake in a surprise appearance as the crowd surged.

The rest of the weekend's planned performances were canceled, and the area is now a crime scene as investigators work to find out what exactly happened.

While it was too early to know if the deaths or injuries were the result of criminal activity, Finner said his department investigating any possibilities.