‘Black Panther 2’ to shut down production 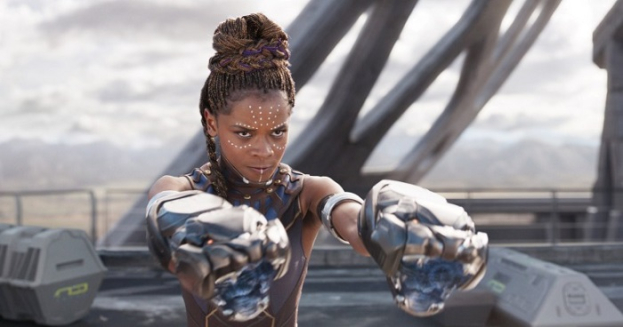 
Marvel Studios’ “Black Panther: Wakanda Forever” will temporarily shut down production while actor Letitia Wright recovers from an on-set injury she suffered in August, Variety has confirmed. Production will pause starting the week of US Thanksgiving and start back up in early 2022.

Wright’s injury occurred more than two months ago in late August while shooting a sequence involving a stunt rig on location in Boston. At the time, her injury was not expected to impact the film’s shooting schedule. Director Ryan Coogler and the rest of the production have been filming mostly in Atlanta, USA, since Wright was injured. She has stayed in London while the shoot continued without her.

“Letitia has been recovering in London since September from injuries sustained on the set of ‘Black Panther 2’ and is looking forward to returning to work early 2022,” a statement from Wright’s reps reads. “Letitia kindly asks that you keep her in your prayers.”

“Black Panther: Wakanda Forever” is set to release on November 11, 2022, after it was delayed recently from July 8, 2022. The new release date is expected to remain, despite the temporary shutdown.

Wright joined the Marvel Cinematic Universe as Shuri, the genius inventor and younger sister of Chadwick Boseman’s T’Challa in 2018’s “Black Panther.” Not much is known about the plot of “Black Panther: Wakanda Forever,” but Shuri is expected to take on a larger role following Boseman’s death due to cancer in August 2020. Other “Black Panther” cast members, such as Danai Gurira, Daniel Kaluuya, Winston Duke, Lupita Nyong’o, Florence Kasumba and Angela Bassett, are expected to return for the sequel to the best picture nominee and three-time Oscar winner.

Variety exclusively revealed that “I May Destroy You” creator and star Michaela Coel joined the cast in an unknown role. Additionally, it was revealed that Dominique Thorne, who will play the up-and-coming superhero Ironheart in her own Disney Plus TV series, will be introduced in “Black Panther: Wakanda Forever” ahead of her TV debut.