I went to premiere: boring - "Eternals" (NO SPOILERS) 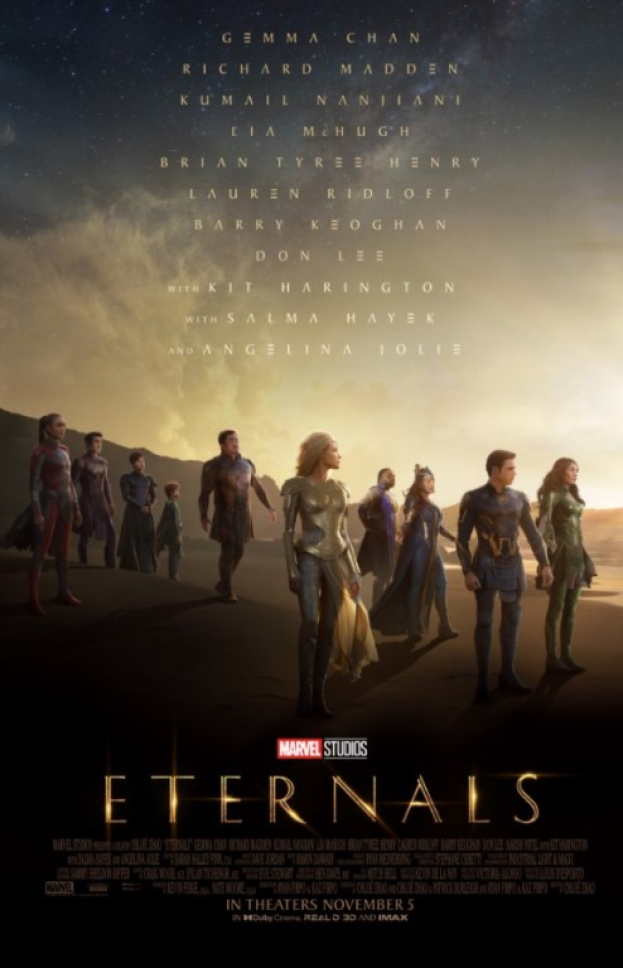 The film tells about representatives of a race of genetically enhanced superhumans, secretly living on Earth. They were born 5 million years ago as a result of experiments by powerful Celestials. Endowed with incredible superpowers, for thousands of years they have been hiding from human civilization, secretly protecting people from monstrous Deviants. However, the recent events and actions of Thanos forced them to come to light.

"The Eternals" is the most ambitious story, covering the vast expanses of numerous galaxies, where the theme of the birth of the Earth is also touched upon. In other words, the film shows some kind of divine power, which turns out to be the source of the creation of the world in general and humanity in particular.

And everything would be fine, but only from a visual point of view, it is extremely difficult to call this picture an epic spectacle, because the story is shown within the framework of special minimalism, where almost all actions take place either in a limited space or in a deserted environment, including several people in pretense.

Action scenes look boring and secondary as if this is not a two-hundred-million blockbuster, but a low-budget film with limited capabilities, because of which we had to somehow optimize the production.

Another drawback is the impressive number of heroes per square meter, where the authors had to sacrifice some to tell more about others.

She is not distinguished by rationalism, had no experience of filming a blockbuster. She has her style, which is suitable for art-house movies. But here the features of her style look tedious, stupid, and inappropriate.

Of course, there are special effects in the film. However, they look modest, formulaic, and monotonous, as if there was not enough money in 200 million. It seems that if it were the will of the director, she would do without them at all.

The storyline from Deviantama turned out to be a complete failure, why it is needed at all is unclear, moreover, it breaks the logic of the picture to smithereens, plus it also loads the timing.

Of the actors, only Jolie and Salma were pleased. They are the only ones who, in very short timekeeping, could at least explain the essence of their characters to the viewer in a clear way.

Lauren Rudloff showed herself very positively in the role of the deaf-mute Makkari (the actress is a deaf-mute in real life).

Lauren, without words, was able to make the audience care and win them all in each of her scenes. 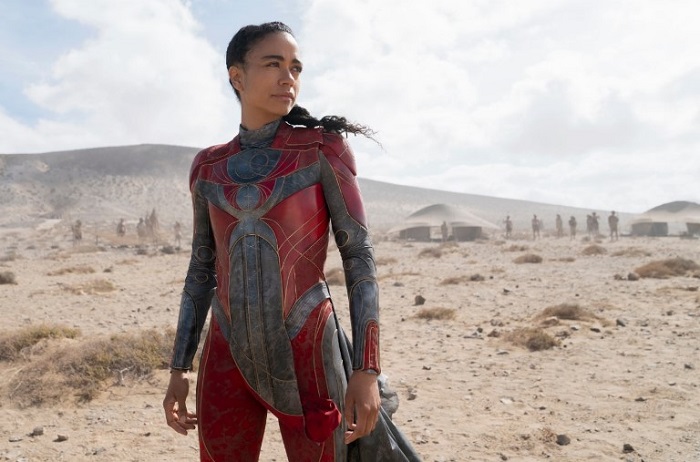 Potentially good science fiction was filled with meaninglessness, illogicality, and stupidity. Chloe was unable to show what was needed but was carried away by what she wanted to show herself.

The recent failure of competitors from DC in the form of "Wonder Woman 84" was supposed to be an object lesson for Marvel that it is impossible to give absolute freedom to the director in studio projects was ignored by the latter, so they are now burned on this.