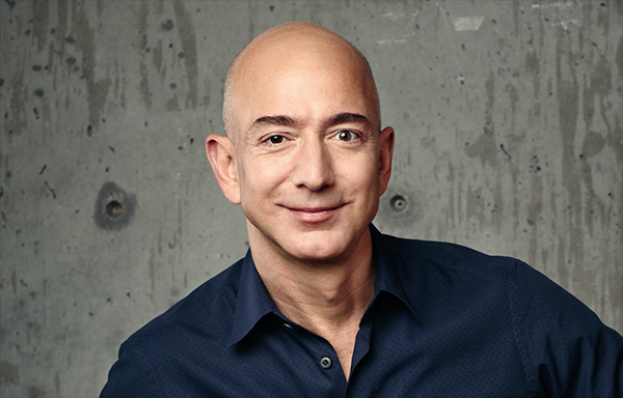 Bezos and Sanchez met the actor Saturday night at the Los Angeles County Museum of Art (LACMA) Art+Film Gala in Los Angeles and, as the video shows, Sanchez seemed enthralled by his star power.

So far, the video has been viewed more than 8 million times, according to Newsweek, and has seemingly garnered almost as many snarky responses.

Leo, come over here, I want to show you something… @LeoDiCaprio https://t.co/Gt2v9JZTNz pic.twitter.com/KqGLB839NI

Bezos responded to the comments with his own attempt at snark directed at DiCaprio.

“Leo, come over here, I want to show you something,” he wrote on Twitter, and attached a photo of himself standing behind a sign that reads: “Danger! Steep Cliff Fatal Drop.”

Of course, that response attracted a whole new bunch of Twitter snark.