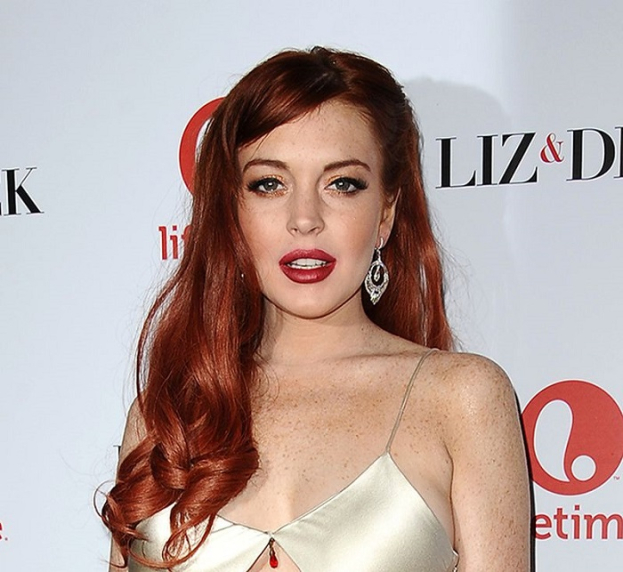 Lohan has largely foregone acting in recent years, so this movie—which will stream during the holiday season next year—marks her return to the screen. In “Untitled Holiday Rom-Com,” Lohan stars opposite Chord Overstreet.

In the movie, Lohan plays a “newly engaged, spoiled hotel heiress” (according to the logline), who gets amnesia after a skiing accident and “finds herself in the care of a handsome, blue-collar lodge owner”— that would be Overstreet— “and his precocious daughter in the days leading up to Christmas.”

George Young, Jack Wagner, and Olivia Perez are also in the cast.

After withdrawing from acting when opportunities dried up for her because of her personal issues, Lohan moved abroad, living in both Europe and Dubai. She acted sporadically during that period, such as in Paul Schrader’s 2013 movie, “The Canyons”; appearing in a West End production of “Speed-the-Plow” in 2014; recurring on the British TV comedy “Sick Note” in 2018; starring in the MTV reality show “Lindsay Lohan’s Beach Club” in 2019; and later that year, appearing as a judge on the Australian version of “The Masked Singer.”

In late 2019, on CNN’s New Year’s Eve special, Lohan told hosts Anderson Cooper and Andy Cohen that she wanted to “come back to America and start filming again,” and “taking back the life that I worked so hard for, and sharing it with my family and you guys.”