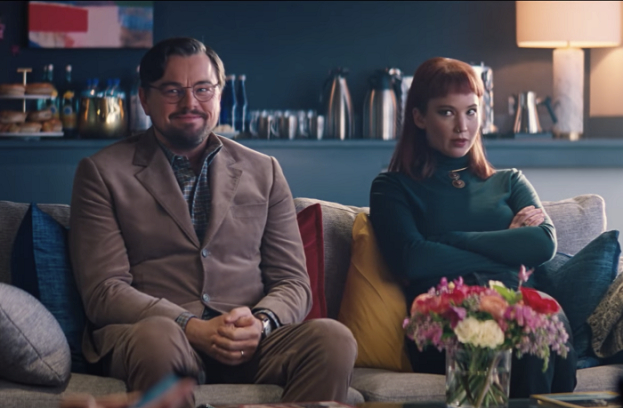 
The official trailer for the comedy Don't Look Up has appeared on Netflix's YouTube channel. The film, based on true events that haven't happened yet, will be released on the streaming platform on December 24th.

In the teaser, Leonardo DiCaprio is convincing as the jerky astronomer. Together with the heroine Jennifer Lawrence, he discovered that a huge asteroid would soon hit the Earth, which could blow the planet to small pieces. Having baptized the pebble with the killer of the planets, they report the danger to the president (Meryl Streep) and her assistant (Jonah Hill), but they, underestimating the problem, are clearly trying to push it to a distant bureaucratic shelf.

Astronomers decide to tell the public about what is happening, to attract the attention of people, but simply no one believes them.