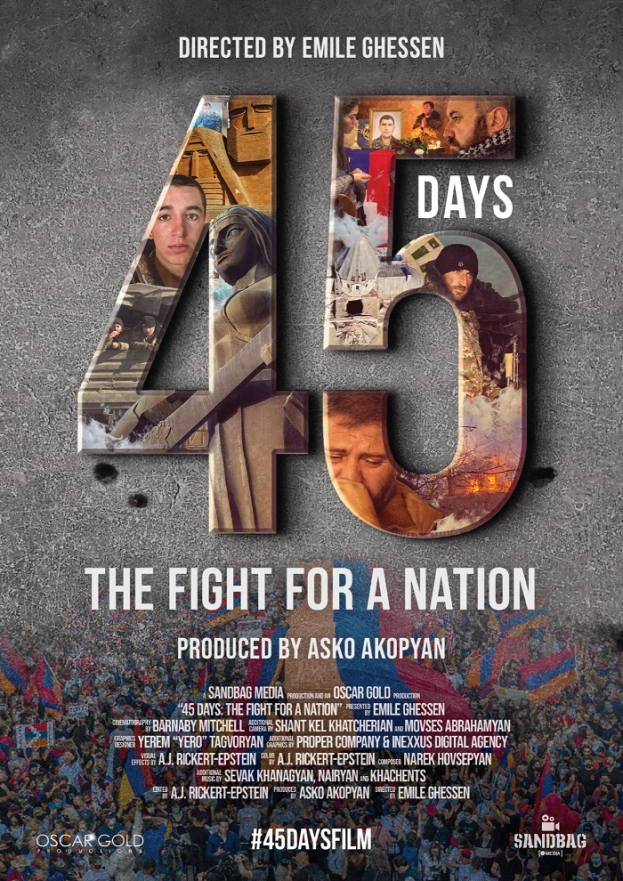 
British journalist and director Emile Ghessen's movie '45 Days: The Fight For A Nation' is submitted to be nominated for an Oscar for Best Documentary. The journalist announced this on his Twitter page.

According to Horizon Weekly, the film was shot during the 2020 war, when Azerbaijan launched a large-scale attack on Artsakh. The producer of the film is Asko Hakobyan.