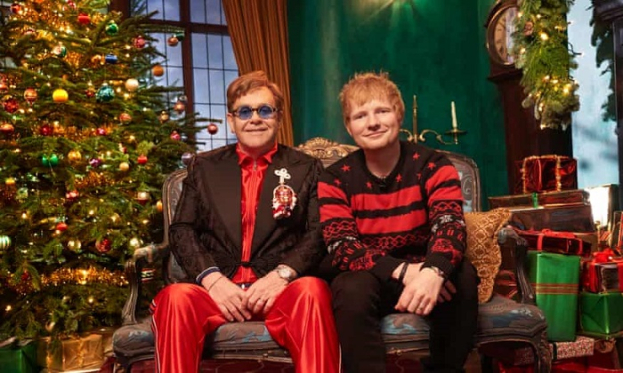 The UK pop juggernauts joined forces for a yuletide number, “Merry Christmas,” which promises to appear on December playlists for years to come.

“Merry Christmas” is one of three holiday songs Ed and Elton wrote together.

The music video dropped in the wee hours and features the pair doing Christmas-ey things. The tree is up, and decorated. The fire is roaring, Elton belts it out on a grand piano, Ed takes flight with a snowman, and there’s a big finale with an army of Santa’s little helpers.

“Merry Christmas” appears on the “Christmas Edition” of =, with all profits from this year’s Christmas period going to the Ed Sheeran Suffolk Music Foundation and the Elton John AIDS Foundation.