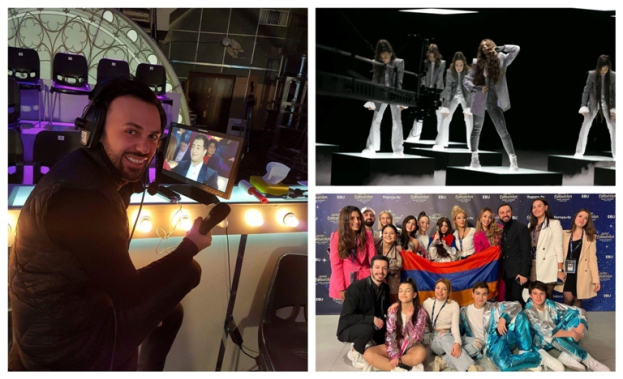 
2021 was a very successful year for the director Arthur Manukyan, according to whom, he couldn’t even dream about the achievements he had. First of all, his music video for Armenian representative Malena took the first position among the JESC music videos on YouTube achieving millions of views from the very beginning of its release, then he became the director of Malena’s performance “Qami, qami”, which won the musical competition.

In his interview with NEWS.am STYLE Arthur said, that in this period he is still enjoying his Christmas holidays before starting his preparations for Junior Eurovision 2022, which will take place in Armenia, and other projects ahead-including the second season of The Masked Singer Armenia and more. 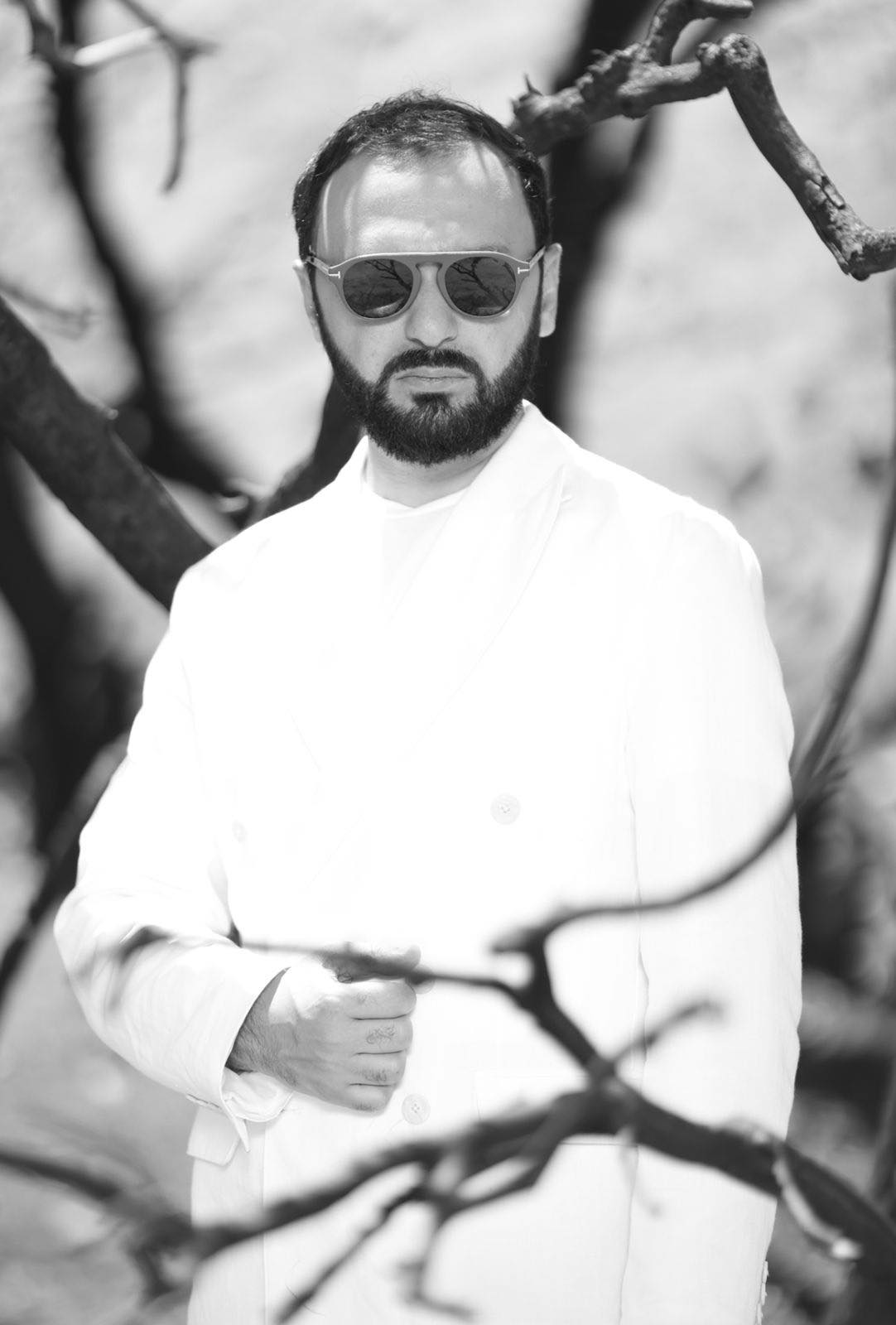 Arthur, you have a huge impact on Armenia’s victory in Junior Eurovision 2021, because Malena’s music video directed by you took the first positions on YouTube after its release. How did you manage to find the correct vibe?

First of all, I would like to congratulate all the Armenians for this victory, which we were looking forward to for so long.
As for the Eurovision, I can say that Armenia has always been represented by its best, but unfortunately, we didn’t manage to win the contest for many years, and this victory was very expected not only for our delegation but also for all the Armenian people. I don’t think it will be correct to say, that I have found the Eurovision vibe, because it’s something you can’t find, it’s something you have to feel throughout the years of experience. I think I have learned a lot from the Eurovision family, and this contest has become a second school for me. Eurovision has become a part of my daily life, an inseparable part of my career, where in recent years I’m not only involved as the music video director but also as the director of Armenian entries.

As for the music videos, we now don’t spend a lot of time on their styling, because during these years we have gained our signature. I remember once I’ve read a comment under the music video of Athena Manoukian’s Eurovision song, that the styling was the copy of Artsvik’s and Sevak Khanagyan’s videos, but before writing such comments one just has to look through the titles of that music videos to see that all that videos were directed by me. It is a fact, that our signature brought us to the victory we were all waiting for. 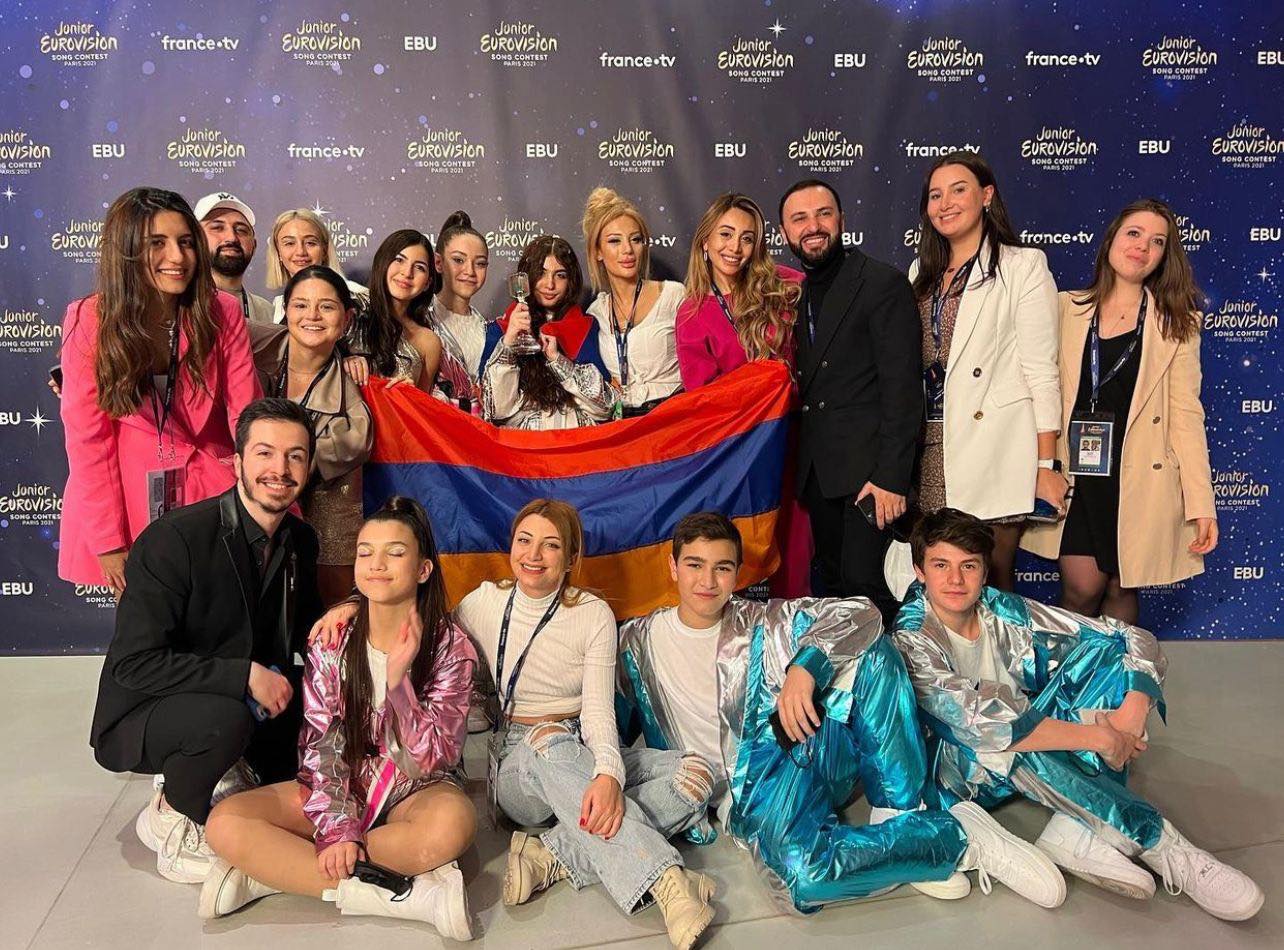 Armenia’s recent participation in Eurovision was not that successful for our representatives, who were, unfortunately, not making it to the final. How did you overcome that disappointment?

You know, Malena’s victory was the result of our years of work and expectations. I think we made history with this victory, which I hope will cure our recent disappointments. Her song had already become so popular among Eurovision fans, the proof of which were the views of the music video and all the discussions about Malena. As for the performance, we initially had different ideas, but we also tried to be close to the concept of the music video-the same styling, the same colors, dancing movements... In a word, we were looking for minimalism, we didn’t want to make any heavy details, that would skip the attention from the song.

I not only enjoy the process of clip-making but also the preparations of our entries, because after all, it is all about the final result of the performance. And I also enjoy working with different European specialists, whose professional point of view has shaped Eurovision throughout these years.

By the way, in her interview, Malena said, that she was sure of her victory due to the positive feedback  from the Eurovision fans. What about you?

To tell the truth, each year we do our best to reach victory and our aim has never been only participation. But this year I had a different feeling. I was afraid of even dreaming about the victory, I was afraid of confessing that we had made a good impression on the public. I even didn’t want to tell Malena how amazing she was and that I was sure about her victory. I was keeping myself away from that dream till the very end of the contest because each time I was thinking positively I was returning home with disappointment and stress. This victory was so important for me, that was my biggest dream come true! 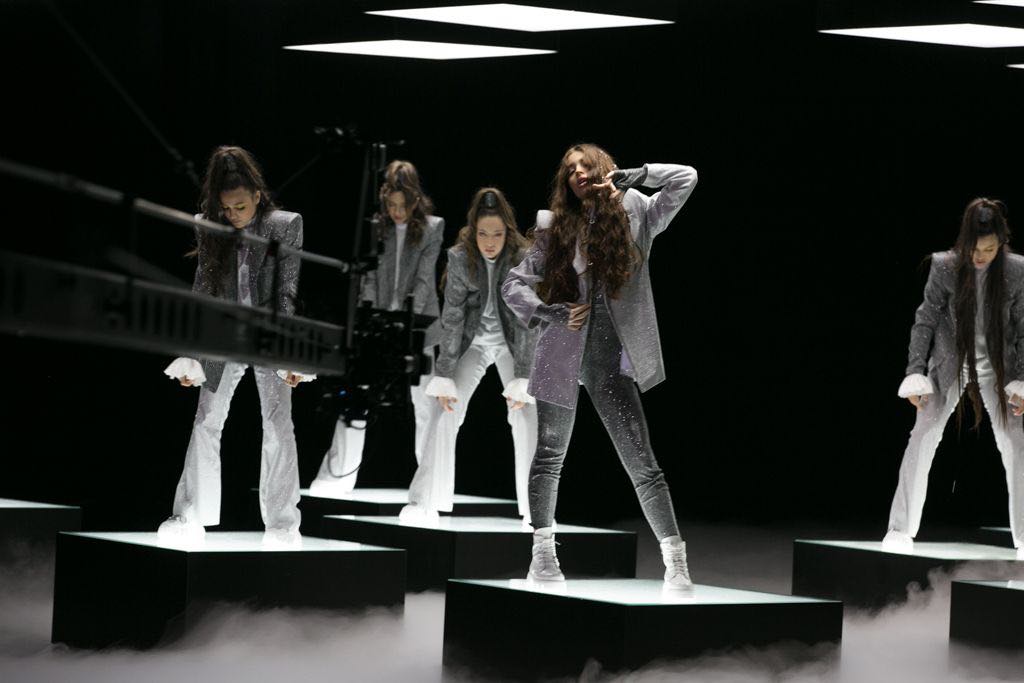 What, according to you, the artist needs to win the Eurovision?

I think, first of all, one has to find the right emotions. On the whole, everyone should be engaged in their own business- the director, the songwriter, the designer... I think the reason we failed during the previous years was that everyone was engaged in different activities, and that’s not the right thing.

Eurovision wants a good composition, repeating words, outstanding artists, and a lot of sparkles, that would catch the attention of the audience and TV viewers.

I suppose you will be also engaged in Armenia’s entry for Eurovision Song Contest 2022. Do you already consider which are this year’s trends?

Of course, you should follow the trends of the specific year starting from the style of the artist finishing with the choice of the song. Everything should be inspired by the present or future trends that would interest people of different tastes. I don’t know yet how I will be involved in Eurovision Song Contest, because we still don’t know who will be the artist and which song he/she will represent. But I can say, that I always take into consideration all our mistakes and try to find the right way. This year I have different expectations. As for me, I would like to see a new artist in this contest-the one who has no fear of damaging his career, who has no high expectations, and just wants to have a good performance, which can win Eurovision. Well, it’s more like a dream, that we will also become the winner of Eurovision 2022, but that would be a very important step for our position in Eurovision and our country on the whole. 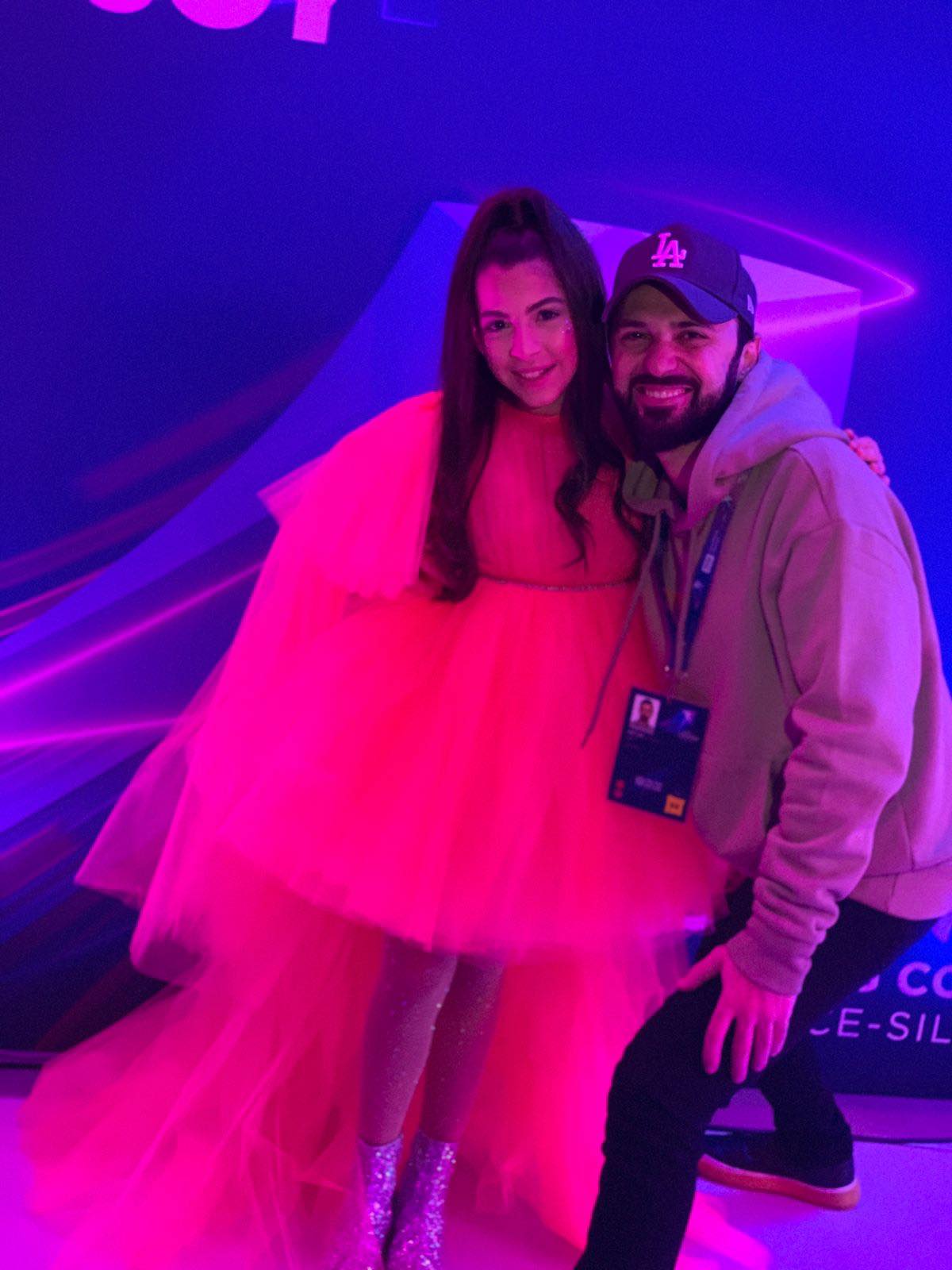 Arthur, our delegation is already in Armenia, but you did not come with them. What kept you in Paris?

I would like to return to Armenia with our delegation, to share all that emotions we had in Paris together, but I stayed in Paris for one reason-the year was over and I wanted to celebrate the New Year with my father, who lives in France, then we celebrated it also in Germany with the rest of my family. I also needed some rest before starting the preparations for our new projects.

We are speaking about Eurovision, but let’s not forget, that you are also working with Armenian celebrities on other huge projects. What are your favorite ones after all?

Sure, there are so many other favorite activities in my life, but I can’t say that there are projects, that I love, and the ones I do not. I consider some of my projects successful, while others are failures. As for the successful ones, I would like to mention Saro’s solo concert at Karen Demirjian Sport and Concert Complex. As a music video director, I like the clips directed for Srbuk and Athena Manoukian for their Eurovision songs, Erik’s project “Siro Pandemia”, and, on the whole, I like all my music videos directed for Arminka and Emmy. There are artists with whom I can work without any problems. And, yes I have some projects, which are failures to me because, in the end, they did not fulfill my expectations. 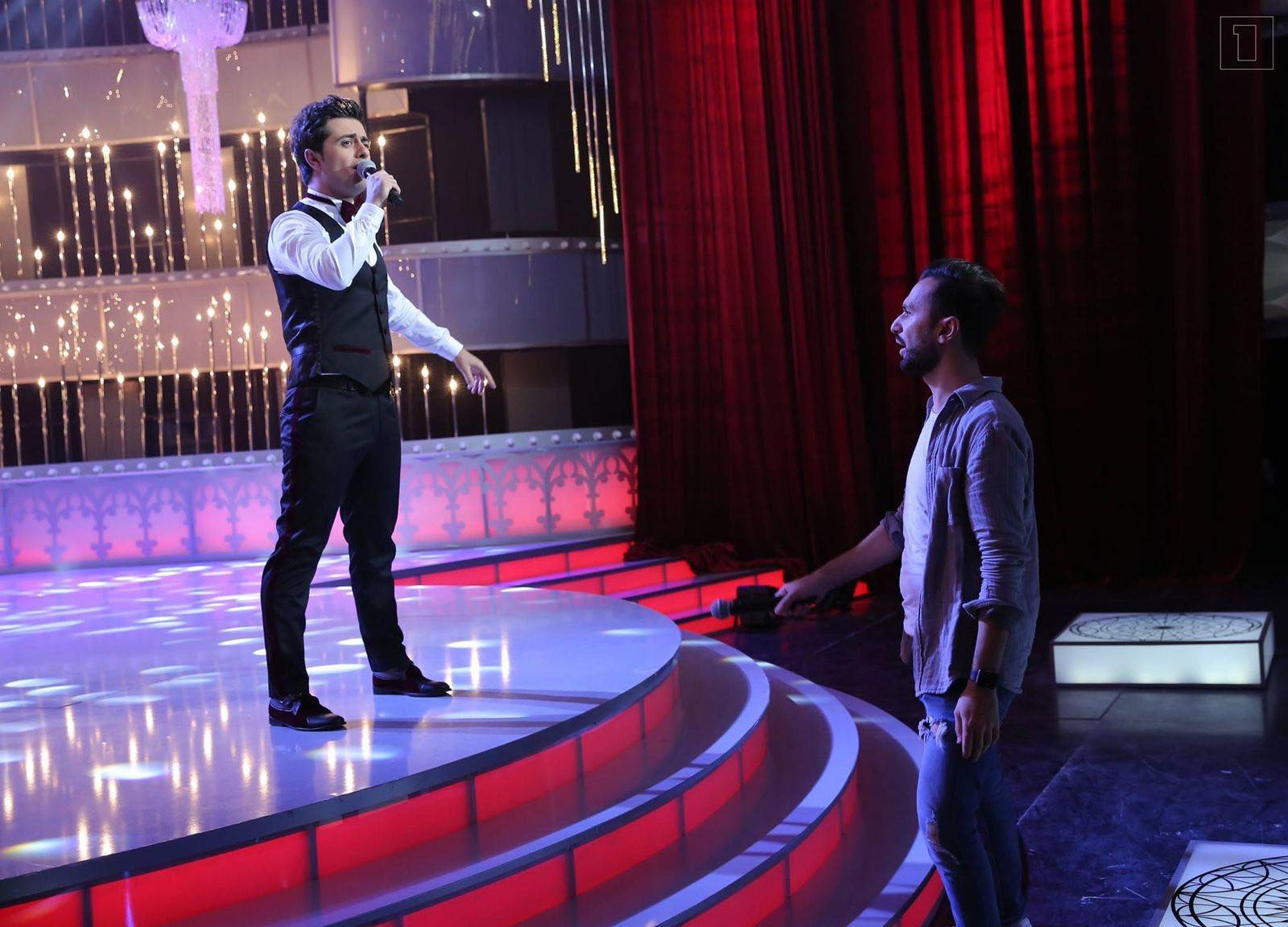 What about the Armenian version of The Masked Singer?

The Masked Singer is one of my favorite international projects, because it demands a lot of creativity and independence, of course, if you follow all the rules. Honestly, at first, I was afraid of that project because it had already been represented so professionally in different countries and I had a fear of making some mistakes in some points, but thanks God we had a wonderful team with professional specialists who worked hard on that project.

Are you satisfied with the final result of the show?

Yes, I think we did our best. Of course, there are some points which will be corrected for the second season considering some small details, but at this point, we had so many professional artists involved in the show who had a mutual trust in team members, which is also very important. 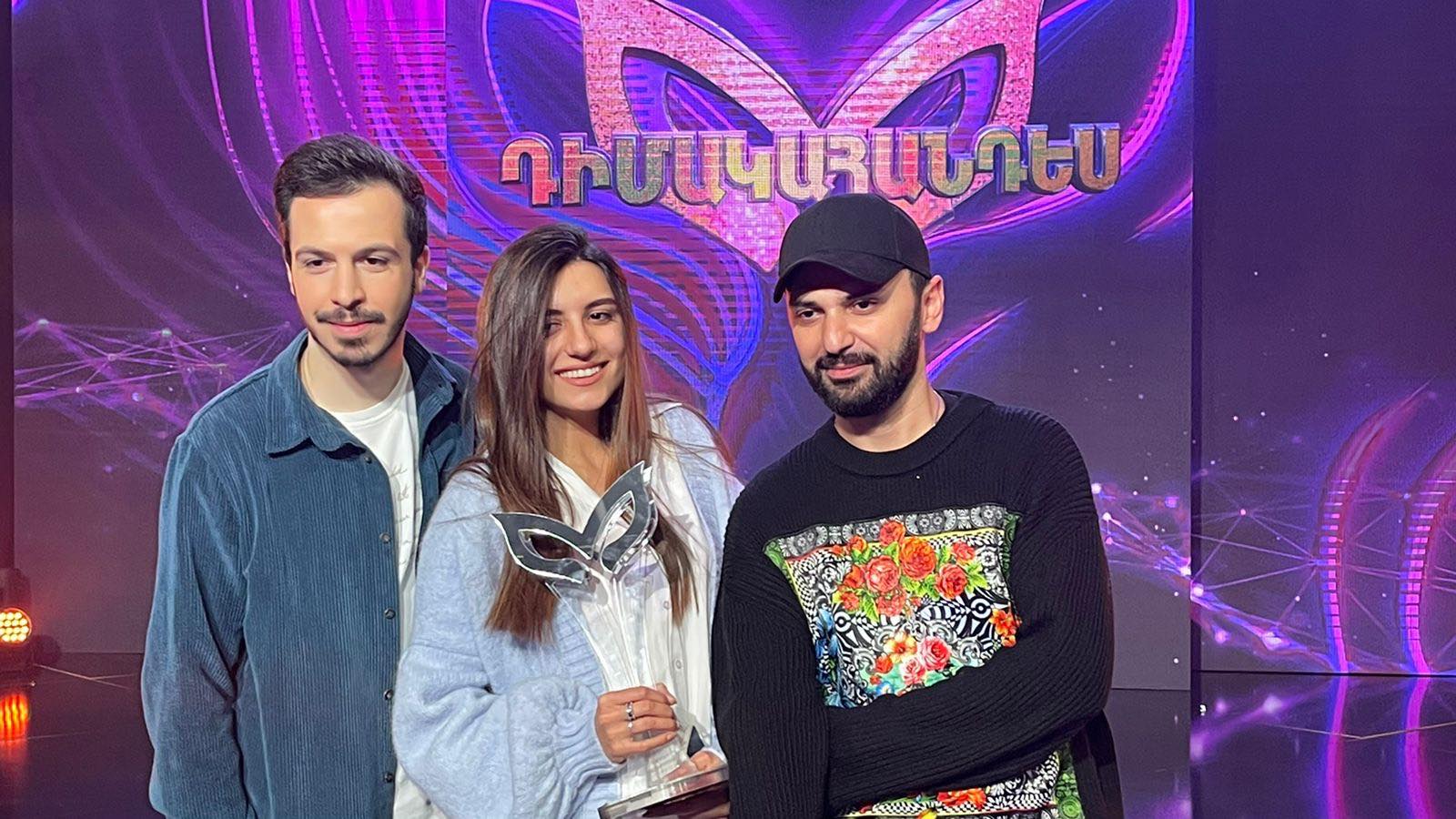 There were also some intriguing moments during the show-for example, when Mihran Tsarukyan, who was under the Bull mask, turned out to be also The Moon. How would you comment on this?

You know, this is a project, that needs such tricks. So, I consider it a normal thing and I’m very surprised by all the comments regarding it. Yes, we had the right to involve such kinds of tricks and that was done as a result of discussions with the authors of the concept. As for me, I think we should supply more tricks because they make the project more interesting and catchy. 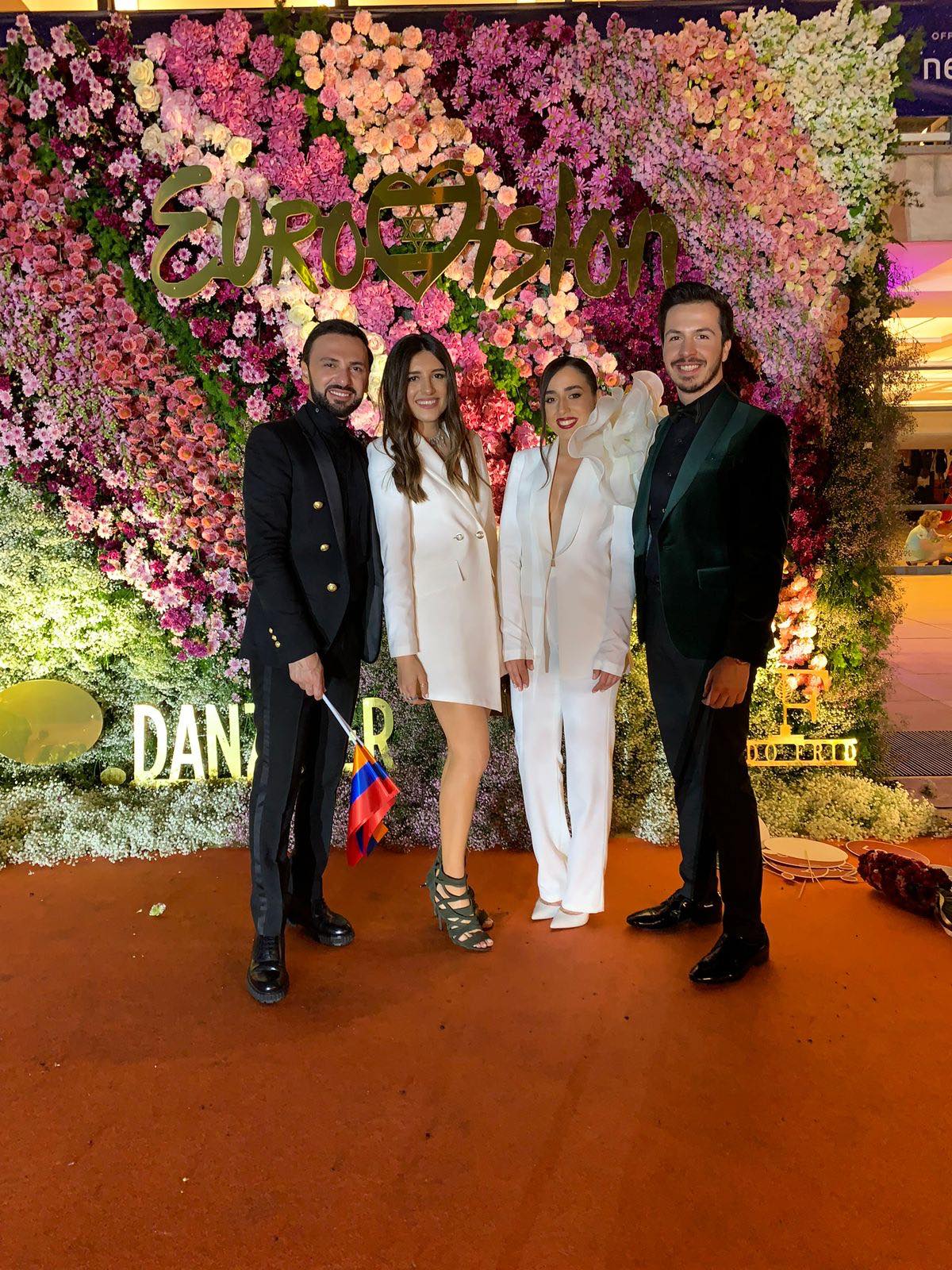 Arthur, I also would like to speak about the problems the directors meet in Armenia. Could you mention some?

I have met some professional problems from the very beginning of my career when I was still a student. I had a lot of fears regarding my choice, and when I was graduating I had to represent a short movie, and I remember that was the first time I saw the movie tape that closely, and I think that's very bad when you have been studying in the faculty of film-making, but see the tape only after graduating it. On the whole, I have always known, that film-making has never been of our strongest sides, so I chose to be engaged in public events, TV and clip-making, which was more close to my interests, and I'm already 15 years in this field. I don't want to speak much about the problems, because we have a lot of holes in different fields, but we always try our bests to represent good results with our small opportunities. And what is more important, Armenian specialists often receive good feedbacks on international platforms.