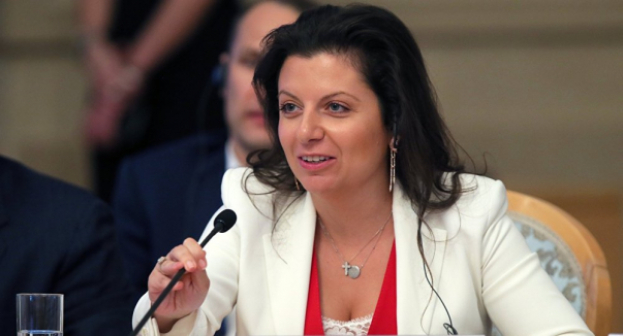 
The editor-in-chief of RT—formerly Russia Today—television, Margarita Simonyan, has found similarities between her and American Armenian socialite Kim Kardashian.

The Russian Armenian journalist noted on her Telegram channel that she and Kardashian have the same nationality.

Also, Simonyan stressed that she and Kim were born in the same year, and have the same waist size, the same height, and the same foot size.

"But what different destinies. Obviously, the matter is not the size of the waist," the journalist wrote in her blog.

Margarita Simonyan was born in Krasnodar, Russia, to an Armenian family on April 6, 1980. And Kim Kardashian was born on October 21, 1980 in Los Angeles, USA, in the family of famous American Armenian attorney Robert Kardashian and American media personality Kris Jenner.