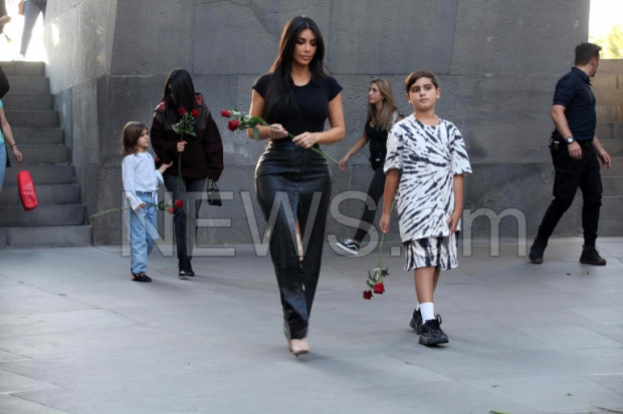 
Kim Kardashian went on social media on Sunday, April 24, and expressed her opinion about the 1915 Armenian Genocide.

"Today is the 107th anniversary of the Armenian Genocide. Let’s all stand together & remember the 1.5 million people who were massacred. I’m so proud that America recognizes the Armenian Genocide," the American Armenian media personality, socialite, model, and businesswoman wrote on Instagram and Facebook, and used the ArmenianGenocide and NeverForget hashtags. 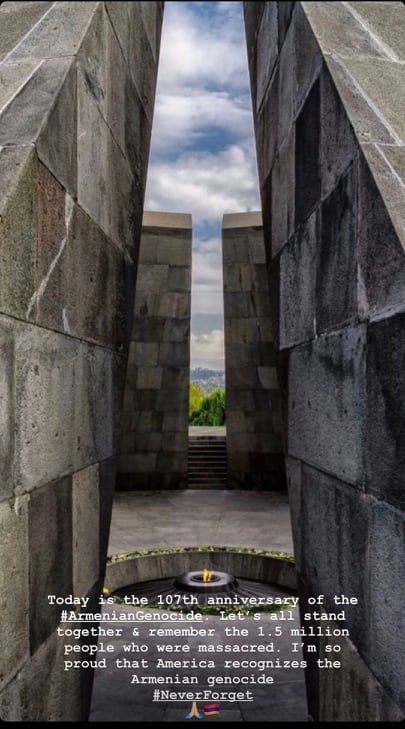 Also, she posted some photos that were taken during her and sister Kourtney and their children’s visit to Armenia in 2019. 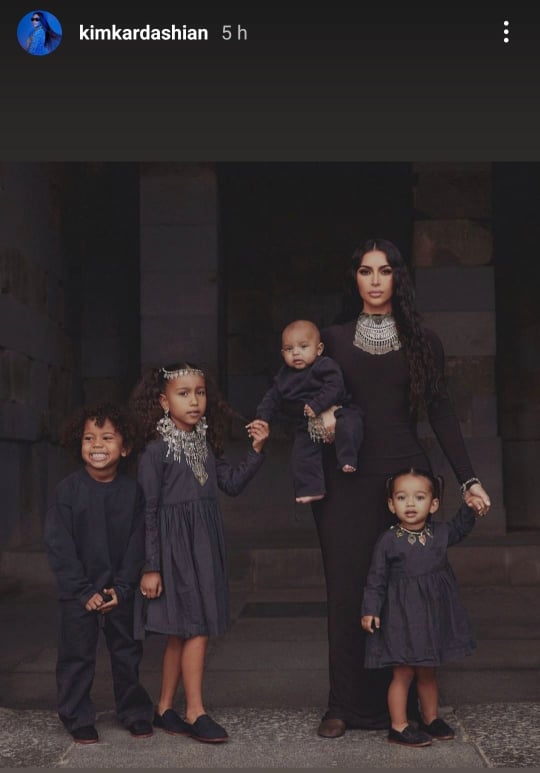 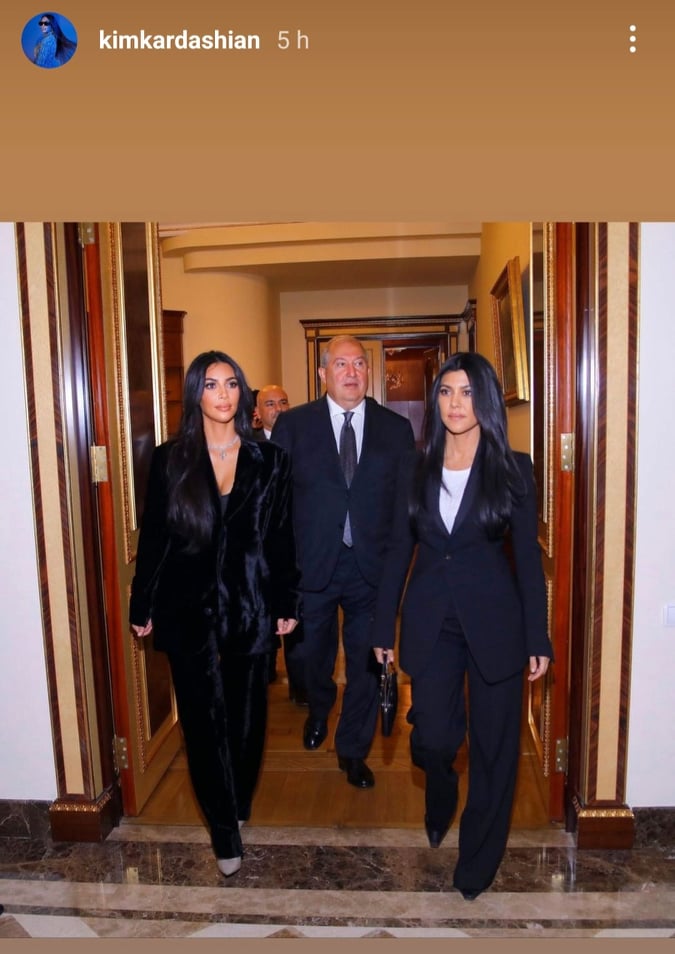 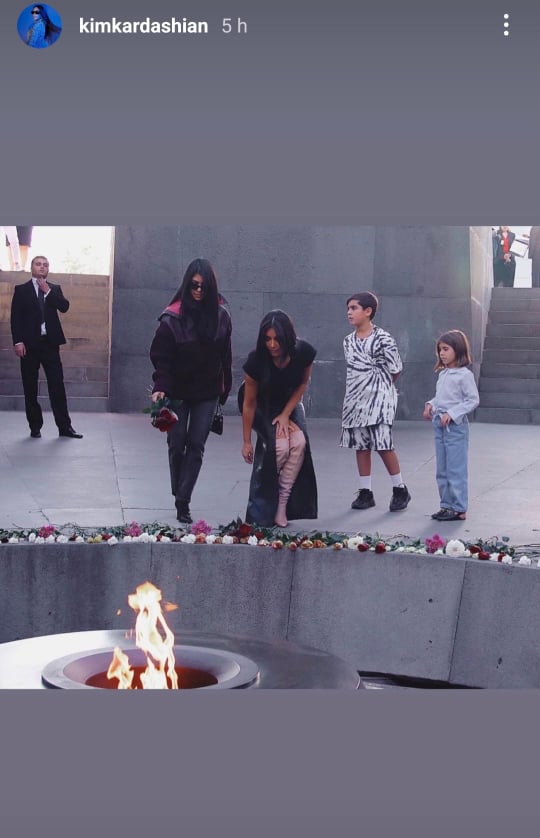 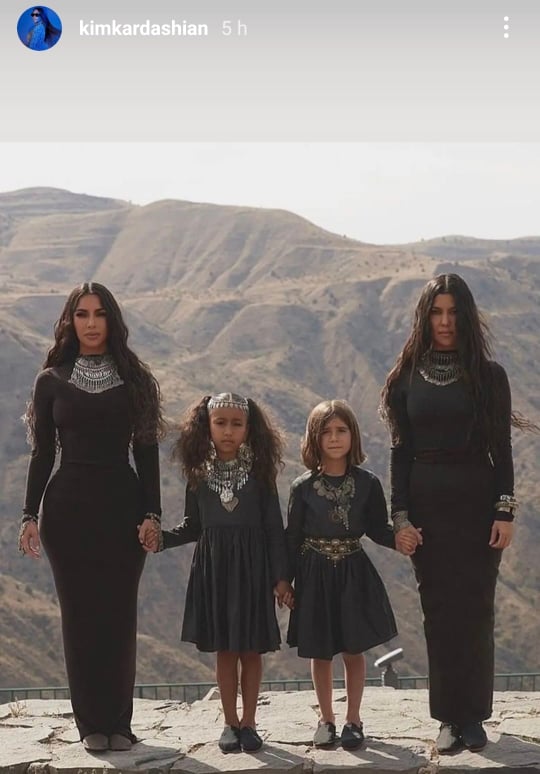 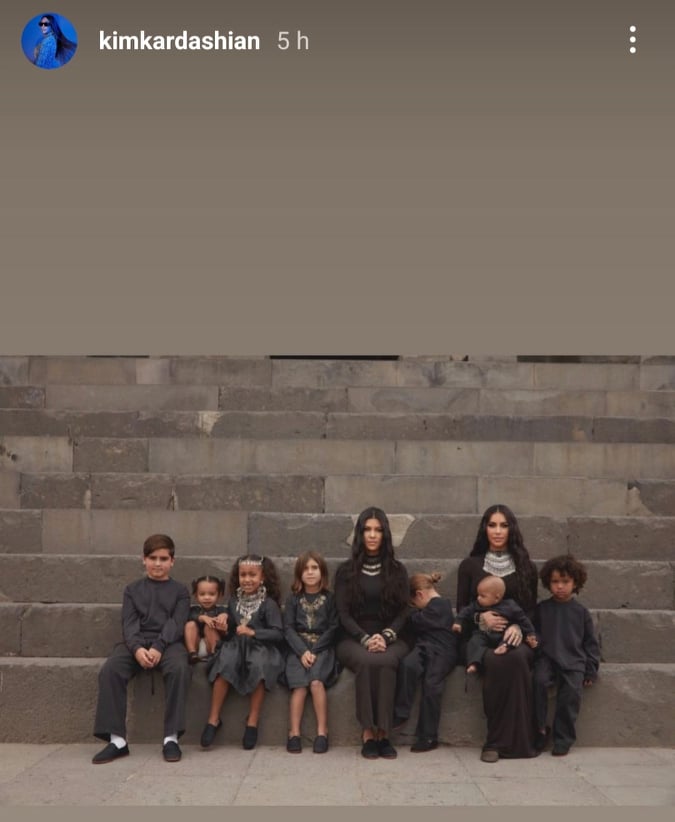