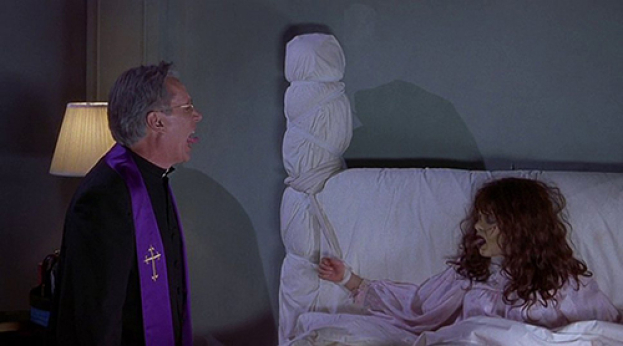 
American actress Natasha Lyonne shared her memories of filming in the comedy Scary Movie 2. The screen partner of the actress was Marlon Brando.

Lyonne parodied the possessed girl from The Exorcist in the film, while Brando played the role of a priest:

"He had an oxygen tank and he just kind of held my boob, because that was in the script. He was supposed to be like, 'The power of Christ compels you …' I just remember being like, 'Ah, this is the surrealism that André Breton, Salvador Dali were talking about.' So, I had Brando with the earpiece and the hand on the boob, and the makeup, and 'The power of Christ compels you,' and not to curse, but, 'Your mother sucks c---s in hell,' and so on. This was all happening at once, and I remember like, 'You know, showbiz is all right.' In that moment, showbiz was A-okay."