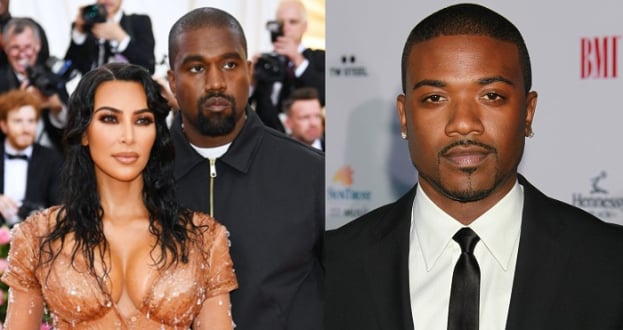 
The third series of The Kardashians aired yesterday, in which Kanye West unexpectedly appeared. In the new episode, the rapper helps his ex-wife save her reputation. The musician brings Kim an unreleased sex tape, which he took from Ray Jay.

Kanye's act touched Kim to the core. The star could not hold back her tears.

Kardashian said West retrieved the footage not just for her, but also for the four young children they share.

"I want to shield them from as much as I can," she said. "And if I had the power to or if Kanye has the power to, like that is just the most important thing to me. And I'm just so emotional because of it."

However, Ray Jay seems to have a different version of events. “All of this is a lie smh,” he commented on a Hollywood Unlocked Instagram post, which featured a clip from the show. “Can’t let them do this anymore – so untrue."