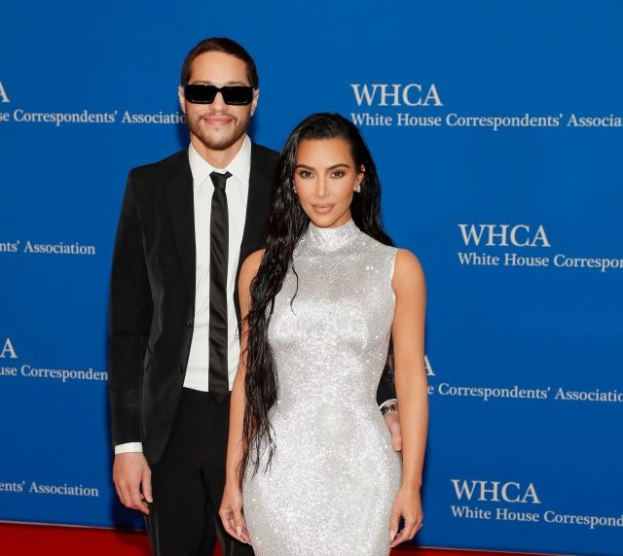 
Kim Kardashian and Pete Davidson attended the White House Correspondents' Dinner (WHCD) together on Saturday in Washington, D.C., making sure to stop by the red carpet, People reported. 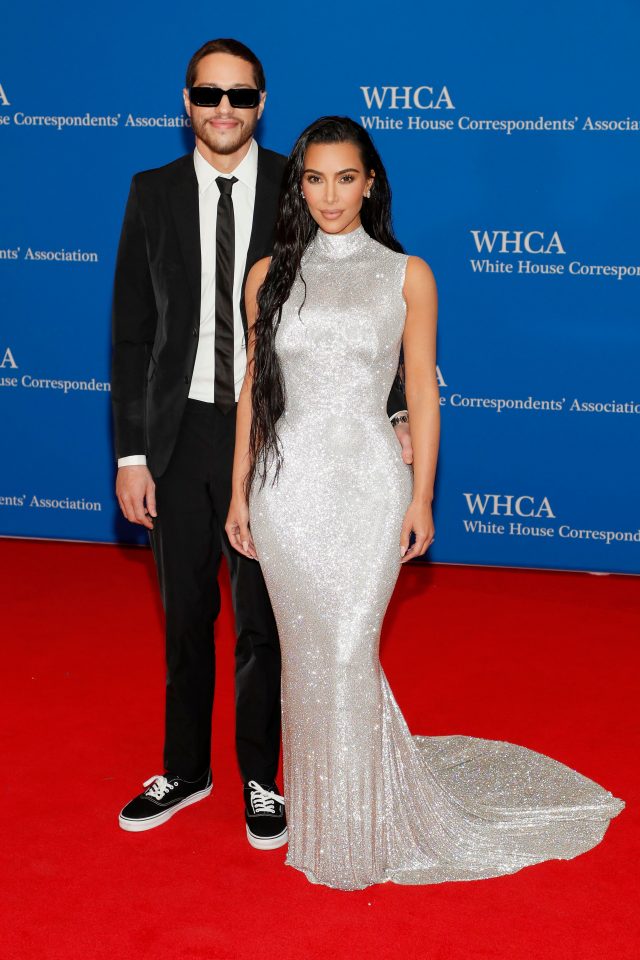 The Saturday Night Live actor joined the reality star as her guest at the dinner, which celebrates the work of White House journalists and the media.

Kardashian, 41, was invited on behalf of ABC as her new Hulu reality series The Kardashians debuted earlier this month. Their outing comes after they enjoyed the premiere of the follow-up to Keeping Up with the Kardashians together. 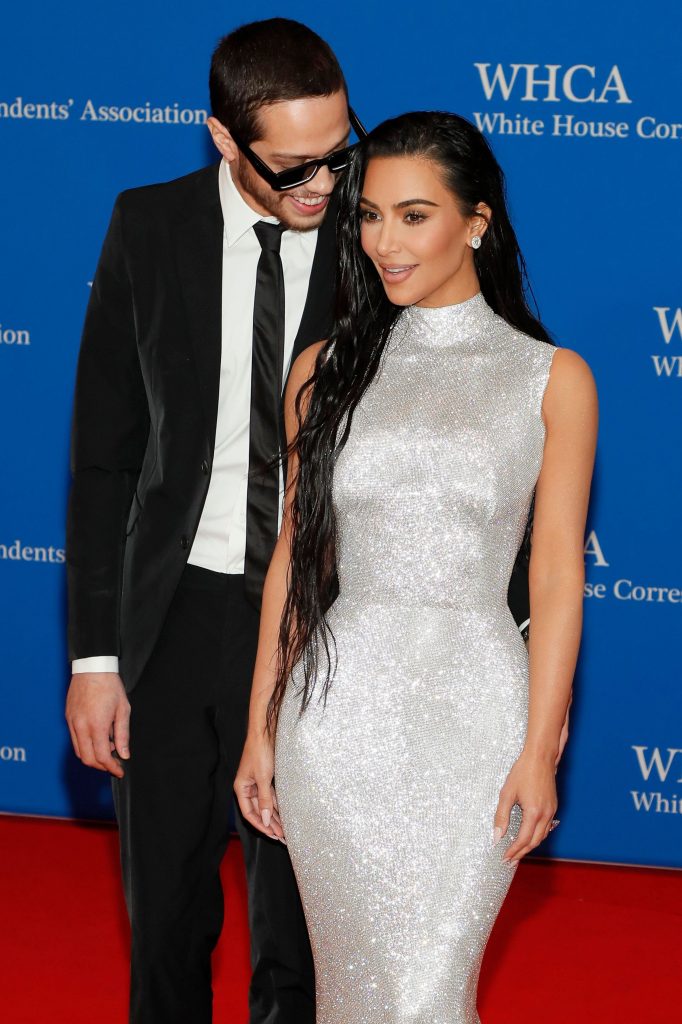 For Saturday's event, Kardashian stunned in a form-fitting, shimmering silver gown, while Davidson, 28, played it cool in a black suit with matching sunglasses, a skinny tie, and Vans.

The couple, holding hands and accompanied by a stern-faced entourage, swanned down the center aisle of massive, crowded ballroom more than an hour and a half after the dinner began as the catering staff struggled to get entrees served to almost 3,000 guests. Pete kept his sunglasses on. And neither said anything as they made their way to their table. 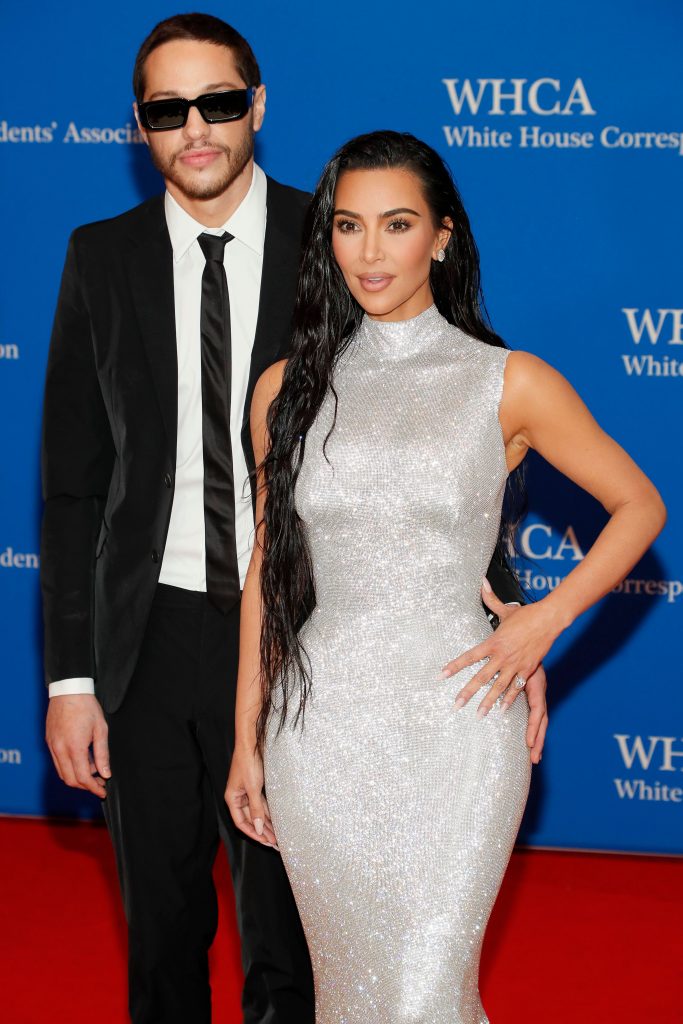 This is the first WHCD in over two years after a hiatus due to the COVID-19 pandemic, but it isn't Kardashian's first time at the annual dinner—she was a guest in 2012 with mother Kris Jenner.