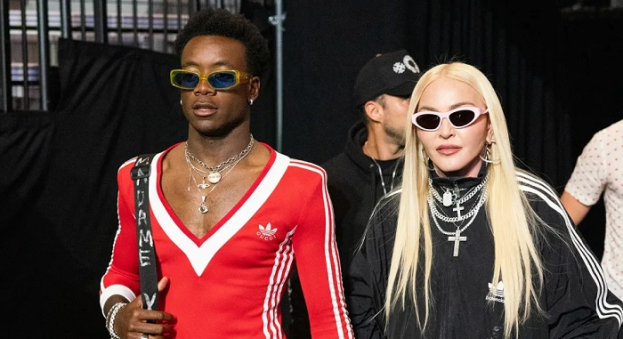 
The adopted son of singer Madonna and British director Guy Ritchie, David Banda often appears in public in women's outfits. With particular pleasure, a 16-year-old teenager wears dresses from his mother's wardrobe. On The Tonight Show, the pop star explained why David prefers women's clothing. The singer claims that her son looks better in her dresses than she does.

It's even annoying. He wears her clothes and looks better in them than me. He can even put on a dress and look like a man, she noted.

The singer's son began to wear women's dresses a year ago, at the age of 15. In an interview with Vogue UK, Madonna revealed that she thinks she and David have the most in common when compared to her other children.

Madonna has two biological children: daughter Lourdes Leon, whom she gave birth to from a relationship with her fitness trainer, and son Rocco, who appeared in her marriage to director Guy Ritchie. The singer also adopted four black children in the African state of Malawi: twins Esther and Stella (girls 9 years old), 16-year-old son David Banda and 14-year-old daughter Mercy. Madonna has always noted that she gives her children the right to choose their own gender.