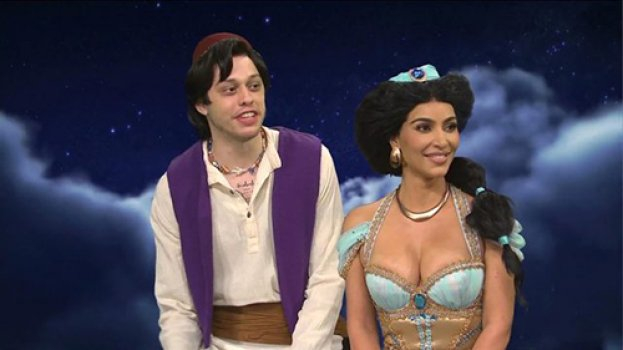 
Last week, rapper Kanye West released a track called My Life Was Never Easy in which he claimed that God saved him from a car accident just so he could beat up Kim Kardashian's new lover, comedian Pete Davidson.

Now it has come to light how Pete Davidson reacted to Kanye's threats. The comedian didn't seem to take the artist's high-profile statement seriously.

“Pete almost expected to be referenced by Kanye in a song sooner or later and instead of hating it, he absolutely loves it and thinks it is hilarious,” the insider said. “He doesn’t want to fight Kanye; he respects Kanye as he is still the father of Kim’s children and that is important and forever and Pete will never step in the way of any of that,” the source continued.

“He finds being on a song of Kanye’s as almost a pat on the back and quite honestly something very cool. Pete knows that he will live forever now that he is a part of a Kanye song,” the insider concluded.

The first reports of the couple being in a loving relationship surfaced in late October. Davidson and Kardashian were spotted holding hands at an amusement park in South Carolina. Kardashian later appeared in an SNL sketch in which she kissed Davidson.