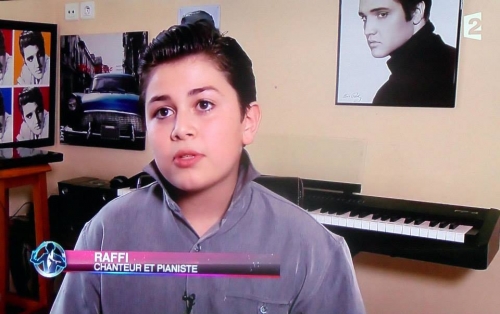 The Eurovision 2014 Song Contest Grand Final was held on May 10 in the Danish capital city of Copenhagen, and bearded cross dresser Conchita Wurst, who represented Austria, became the winner of the event.

Famous Armenian showman, comedian, and singer Aram MP3 (Aram Sargsyan), who represented Armenia at Eurovision 2014, and with his song “Not Alone,” placed fourth amassing 174 points. Twelve-year-old French-Armenian musical prodigy Raffi Arto, who earlier had informed that he will be rooting for Armenia’s contestant at the event, again supported Aram MP3.

“We believed in Aram and he lived up to our expectations. He completely gave what could have. We should be thankful that he represented Armenia. “It doesn’t matter where he placed [in the contest]. It doesn’t matter whether or not we [Armenians] won. What’s important [is that] Europe is learning more and more about our nation. We should be proud that we are Armenian,” the young musician told NEWS.am STYLE.