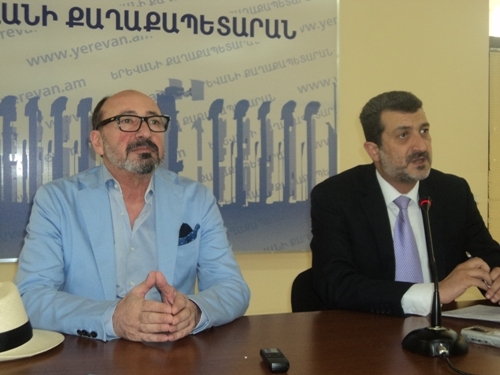 In this connection, GAIFF Director Harutyun Khachatryan and Yerevan Deputy Mayor Aram Sukiasyan held a joint press conference on Friday.   Khachatryan presented the details of the Yerevan Municipality’s assistance to the festival, and the new initiative called Apricot Tree which, in his words, aspires to become a separate festival.Sukiasyan, for his part, noted that the festival guests who arrive in Yerevan take a part of Armenia along with them to their countries and spread Armenian culture and cinema to their environment.

This year, in the deputy mayor’s words, daily outdoor Golden Apricot screenings will be held in Downtown Yerevan. And for next year’s festival, the Municipality plans to install large screens and set up outdoor screenings throughout the city, so that the people who live in the suburbs likewise can follow the festival. 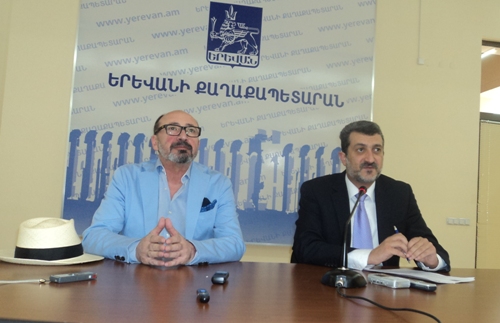 To the query on what will be difference between the eleventh and the previous years’ GAIFFs, Khachatryan responded by saying that this year’s festival is devoted to the 90th birthday of legendary Armenian film director Sergei Parajanov and that numerous events will be held in this connection.

Harutyun Khachatryan also noted that Asian films will be featured to a great extent in this year’s GAIFF, and that two renowned Asian filmmakers are invited to the 11th Golden Apricot Yerevan International Film Festival.