Stefano Gabbana is firing back at Elton John 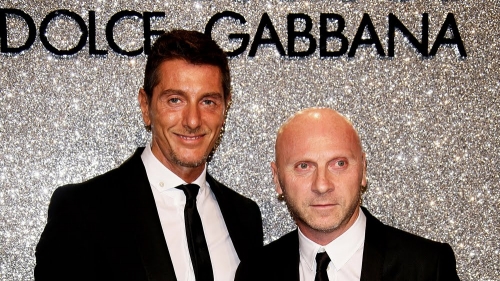 Stefano Gabbana is firing back at Elton John after the singer called for a boycott of Dolce & Gabbana after hearing the pair’s comments on IVF.The openly-gay couple and fashion designers, Domenico Dolce and Stefano Gabbana, originally said that people “are born to a mother and a father. Or at least that’s how it should be.” They also referred to children of chemistry as “synthetic children.”

“I wasn’t expecting it. I wasn’t expecting it from someone like Elton John I used to think – and I stress ‘used to’ – was intelligent,” Stefano told Italian newspaper Corrier Della Sera. “What’s going on? You preach understanding. You preach tolerance. And then you put the knife in? All because someone else doesn’t see things your way? Is that supposed to be a democratic way of thinking? Enlightened? He’s ignorant, in the sense that he denies ways of seeing things that may not be his but are just as deserving of respect”.