Drummer of SOAD: “Feels good to be in the homeland” 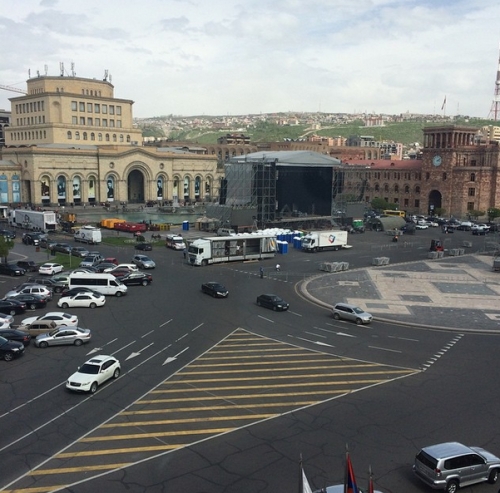 Two members of world-known System of a Down rock group – frontman Serj Tankian and drummer John Dolmayan arrived at “Zvartnots” International Airport of Armenia on Tuesday. A lot of Armenian fans came to airport to welcome their idols. They were carrying Armenian flag and “Welcome Home” posters. During their visit to Armenia the famous artists will stay at “Marriott” hotel.

Drummer John Dolmayan posted a new photo on Instagram and wrote: “Feels good to be in the homeland”.

In the framework of “Wake Up the Souls” tour (the tour is to commemorate the 100th anniversary of the Armenian Genocide) System of a Down will give a concert on 23th of April in the Republic Square in Yerevan.