Arnold Schwarzenegger gets into the Oktoberfest spirit 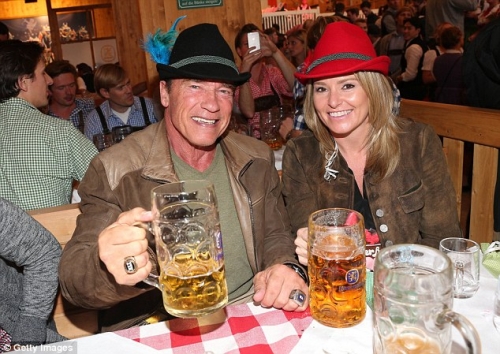 Arnold Schwarzenegger, 68, headed to the annual Oktoberfest in Germany with girlfriend Heather Milligan by his side, Daily Mail reported.

The action man got, well, right into the action in Munich's Oktoberfest site, the Theresienwiese. 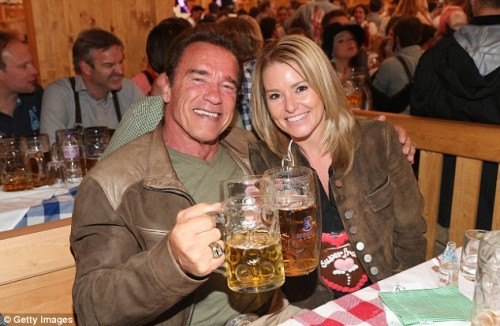 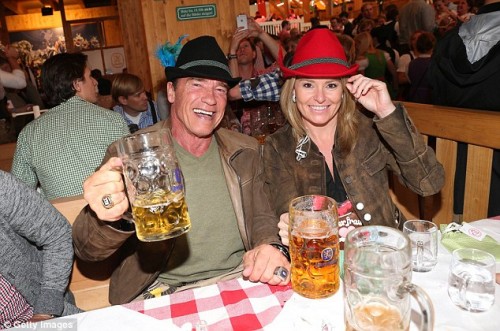 The Austrian-born star showed everyone including locals how it is done, pounding back beers inside the popular Schuetzenfestzelt tent.

While drinking the beer Arnold was a natural at, he probably should not quit his day job and become a barman anytime soon. 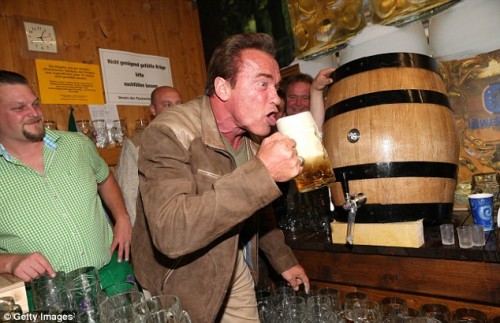 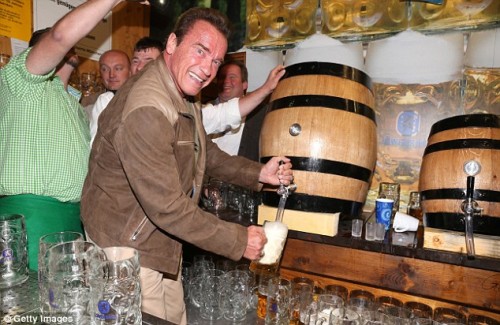 The Terminator star was given free reign over the beers on offer and pulled his own straight from the keg.

Despite a very intense look on his face, the Hollywood star had more foamy head than beer going on in his giant glass.

Nevertheless, he quickly won points from the locals as he shamelessly knocked back a few cold ones.

And his skills did not end there, much to the delight of the crowd, the actor then came on stage with his girlfriend to conduct an oompah band. 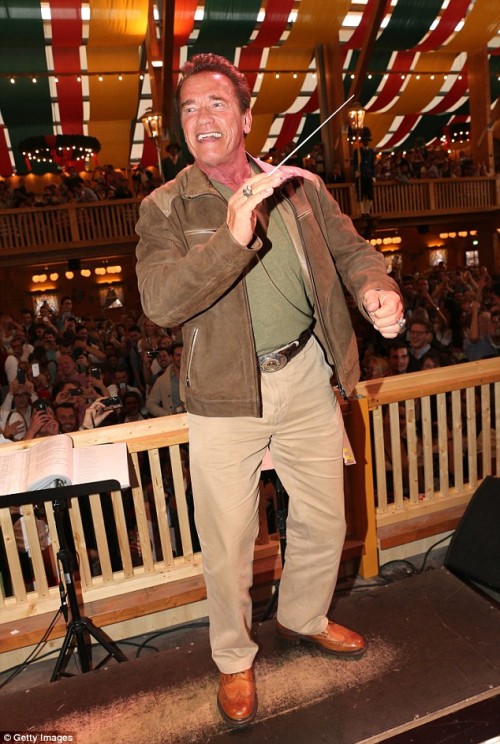 Baton in hand, Arnold looked rather pleased with himself.

However, the constant showman was not done there, sensing the crowd wanted more he then proceeded to show off his muscles. 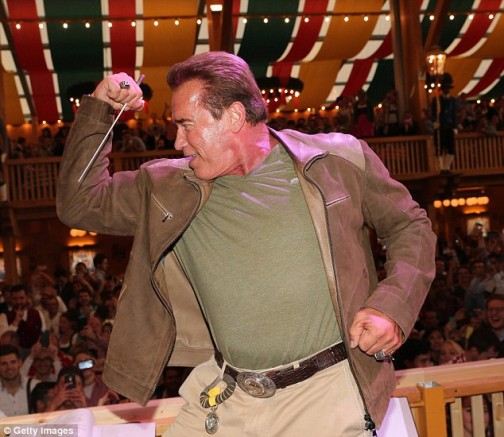 Drawing on the moves that led to him becoming Mr Olympia all those years ago, Arnold flexed away.

All that flexing worked up a thirst, so Arnie grabbed himself a beer and sat down with his lady amongst festival attendees.

The couple both donned traditional hats and happily posed up with some female festival goers for a snapshot. 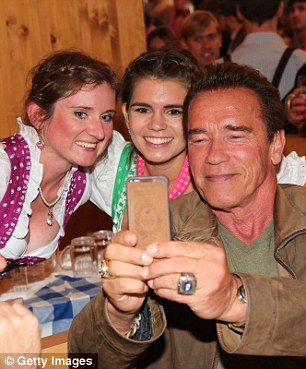 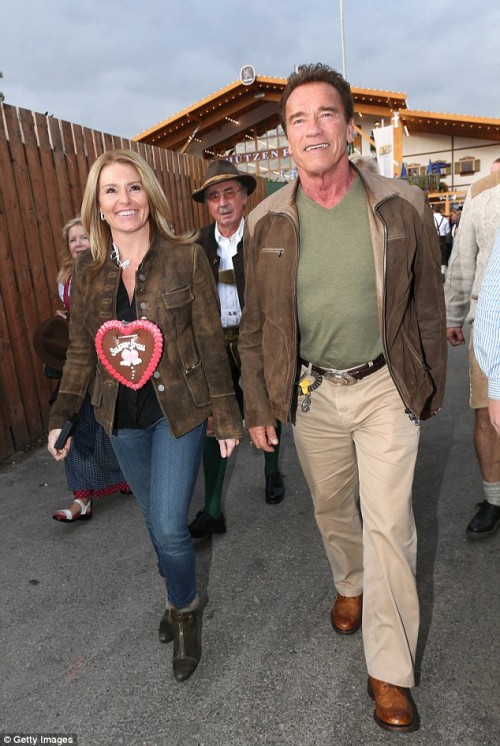