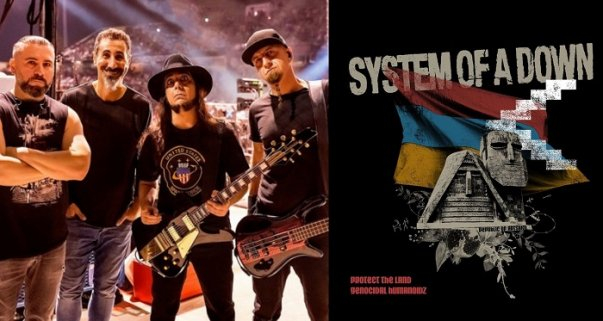 System of a Down two new songs dedicated to Artsakh have topped Billboard hard rock chart.

Both "Protect the Land" and "Genocidal Humanoidz," which debuted at No. 1 and No. 2, respectively, are on the Hot Hard Rock Songs ranking for the week ending Nov. 21.