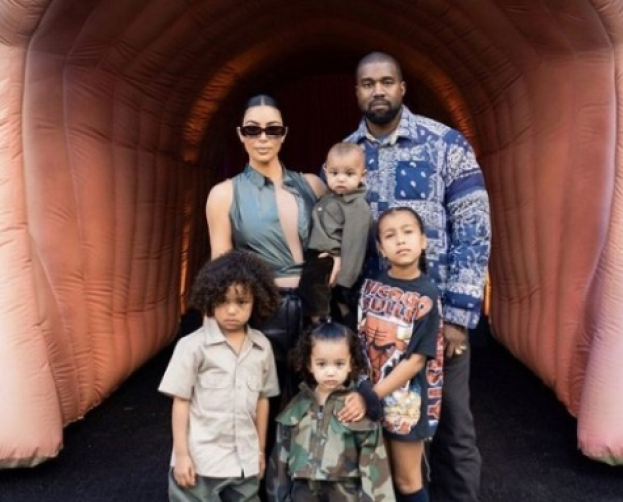 During the season finale of The Kardashians, Kim went to visit Khloe Kardashian, and tried to bond with her sister by discussing her split from the rapper.

"I feel like we always tip toe around each other’s situations 'cause we just don’t want to meddle," Kim told Khloe. "I respect that no one came to me during my marriage and was like, 'Are you good?' Everyone let me have my own journey and see that on my own, and I appreciate that, but sometimes I look back and I’m like, 'When do we jump in?'"

Kim told her sister of her relationship with Kanye, "If people knew what my relationship was really like, I think they’d be like, 'How did this last this long?' But I can live with myself knowing that I tried everything humanly possible to make a situation work, and so I could walk away absolutely guilt free."

"I feel like you can at least say, you had a family, you tried, everything in your might," Kim added. "You can look your daughter in the face and say that."

Khloe agreed with Kim, who continued her thought in a confessional.

"All of you f**king trolls on the internet that make Khloe feel like the biggest piece of s**t, I will find each and every one of you and not threaten you on TV, but it’s wrong," Kim said. "It’s so wrong, because you guys don’t understand that, when you have a child, you’ll do anything to try and make it work... When the whole world is looking at you, laughing at you, calling you every name in the book, do you know how hard that is? It’s 10 times harder to stay in a situation than it is to leave."

Months after Kim filed for divorce from Kanye, she was linked to Pete Davidson. The comedian has since developed a relationship with his girlfriend's four kids—North, 9, Saint, 6, Chicago, 4, and Psalm, 3.