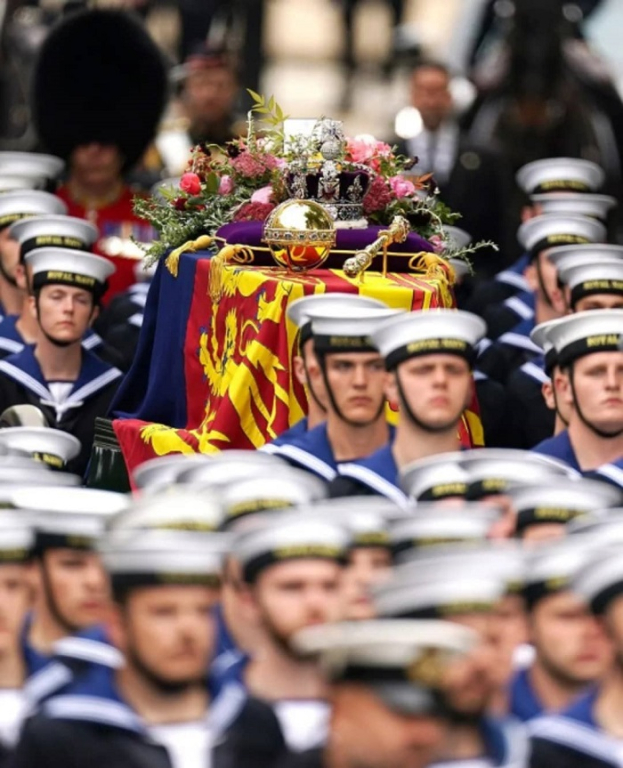 The funeral ceremony of Queen Elizabeth II of Great Britain began in London.

News.am Style brings you some details of the ceremony.

Other women and girls of the royal family wear classic black dresses combined with classic hats or headbands. Pearls have been known in the royal family for centuries to be considered appropriate for mourning ceremonies. As a sign of respect, the Princess of Wales wore a pearl necklace and earrings that were once part of the Queen's collection. Prince Harry's wife Meghan, Duchess of Sussex, also wore pearl earrings, appearing in a cape dress and a wide-brimmed hat. The Duchess wore the same earrings to her first event with the Queen since her marriage. The pearl and diamond earrings and the gold bracelet that adorned the Duchess' wrist were a gift from the late Queen, Harpers Bazaar said.

According to the information published on the page of the royal family on Instagram, the wreath decorating the coffin of the queen was made at the request of King Charles. The cut flowers from Buckingham Palace gardens have their own meaning. The myrtle flower included in the wreath was planted in the royal gardens from a sprig taken from the Queen's wedding bouquet. This flower is known as a symbol of a happy marriage.

The coffin will be taken to Westminster Abbey, where a memorial ceremony will be held, after which the Queen's body will be buried next to her husband, Prince Philip.